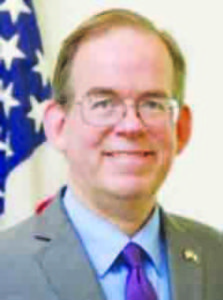 ANALYSIS: David Young
WORLD Press Freedom Day provides an opportunity to reflect on the importance of a free press and the critical role it plays in undergirding democracies and informing the public about the issues of the day.  Having worked as a newspaper reporter before I became a diplomat, I have a particular affinity for journalism, which taught me about the critical importance of free speech and other civil liberties.  I have carried these principles with me during my 32 years as a US diplomat.
Zambia has benefitted from nearly three decades of largely peaceful multi-party politics, with two peaceful transfers of power. This democratic foundation rests upon a free press.
But today we see that this cherished freedom is under threat in Zambia from incidents of political intimidation and harassment of journalists. Some Zambian media outlets have been forced to shut down around the country because of violence. Video footage has shown us frightening images of political party cadres breaking into radio stations, threatening opposition party leaders, and stopping radio programs live on the air. Lives and careers are put at risk, and journalists pull back from doing their jobs. Democracy is the loser.
I have been heartened by statements from senior Zambian government leaders reaffirming the country’s commitments to hold democratic and credible elections on August 12 in line with the Constitution and with regional and international standards.  I also applaud the public condemnation of the political cadres who physically intimidated a government civil servant based on the individual’s alleged support for another party. These words from senior leaders matter greatly.  And they must be backed by a firm and measured response from law enforcement that cadre violence will not be tolerated.
Likewise, it is important for all of us to encourage journalists and indeed celebrate them for doing their jobs holding up a mirror to government and society. Only by reporting on the tough issues and shining a light on instances of mismanagement and a country’s challenges can government and society do better. We have seen in my own country that the role of a free press is particularly important during an election campaign season.
As the international community celebrates World Press Freedom Day, I commend the courageous and committed Zambian journalists – and their counterparts around the world – who work tirelessly to provide the public with critical information about their communities, their countries, and the world.
We need to honor journalists in Zambia and around the world by standing with them to encourage policymakers, law enforcement, and other stakeholders to protect them from violence, intimidation, and punitive measures for simply doing their jobs. These actions will reinforce press freedom and strengthen the media as a pillar of democracy.  As we celebrate this year’s theme, “Information as a Public Good,” I wish all journalists a happy World Press Freedom Day. We salute you!

The author is Chargé d’Affaires, US Embassy.