ROBINSON KUNDA, Lusaka
IN April 1977, Lottie Mwale turned professional under Scorpio Promotions. Not only that, he turned down a five-year contract in the United States saying he wanted to fight for the Commonwealth and African titles and something bigger. 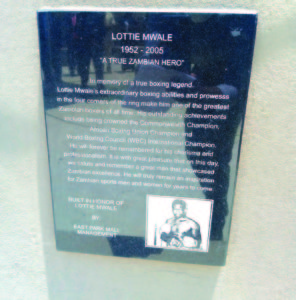