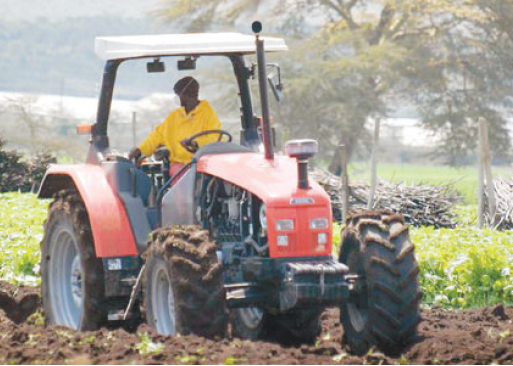 NOMSA NKANA, Lusaka
ZSIC-General Insurance has insured about 30, 000 farmers affiliated to Zambia National Farmers Union (ZNFU) countrywide since last year against fire and other natural disasters that are a threat to crops.

Company director for branch operations Mizinga Masinja said the firm has partnered with ZNFU, which avails farmers’ details for them to be insured.

Mr Masinja said ZSIC-GI has covered farmers producing wheat and barley against fire, frost and degradation under crop insurance.
“We exist in all provincial towns and we have, therefore, taken our services to the doorsteps of our clients,” he said in an interview on Friday.
He also said the company has developed tailor-made insurance packages to meet the needs of its clientele, which encompasses small, large and commercial farmers.
The company provides farmers with insurance cover for huge equipment like combined harvesters, cash in-transit or when a robbery occurs on a farm.
“For those farmers who plant late like now, the farmers experience degradation, which is why we insure their tobacco against hail, wind and frost which destroy the leaf. In summer, we insure soya beans and maize,” he said.
Under livestock, Mr Masinja said the company covers cattle, sheep, goats and poultry.
Mr Masinja said the company has engaged financial institutions to provide finances to farmers to graduate from dependence on government subsidised inputs under the Farmer Input Support Programme.
“Going forward, ZSIC-GI would like to see small-scale farmers in Zambia develop to large or medium-scale,” he said.