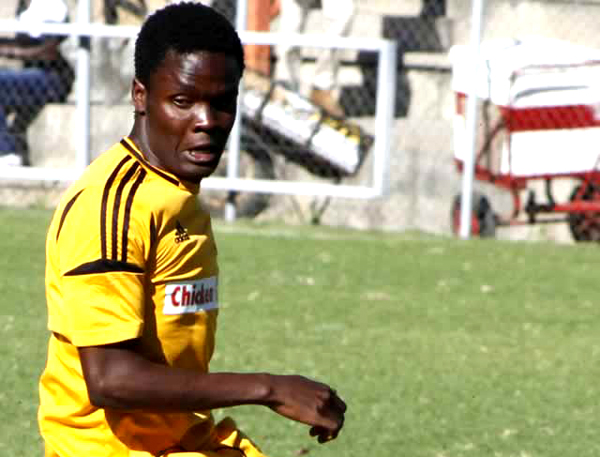 VICTOR KUMWENDA, Lusaka
ZIMBABWE skipper Danny Phiri will miss the 2016 Rwanda African Nations Championship (CHAN) finals due to an injury.
Zimbabwe, who are in Group D alongside Mali, Uganda and Zambia will start the campaign on January 19 against the latter.
The Chicken Inn captain sustained an ankle injury during a NetOne Easycall Cup final against Highlanders.
According to The Herald, Phiriâ€™s injury is a setback for the Kalisto Pasuwaâ€™s parenthood Warriors.
Phiri was part of the team that finished fourth at the 2014 CHAN finals in South Africa.
Phiri had a successful season winning the soccer-star-of-the-year and helped Chicken Inn to their maiden championship title.
Zimbabwe Football Association communications manager Xolisani Gwesela said Phiri would be assessed next week.
â€œThe good thing is that he has started light training this week and we are praying that he makes it in time,â€ Gwesela said.
Meanwhile, Mali national team coach Djibril Drame has named a 30-member provisional squad for the CHAN finals.
The squad mostly comprise under-23 players that competed at the 2015 African Under-23 Championship in Senegal.
Mali will start the campaign against Uganda on January 19.
The team has Djigui Diarra, Cheick Cadry Sy, Issaka Samake, Mamadou Doumbia, Alassane Diallo, Samuel Diarra, Maruis Hamed Assako, Sekou Diarra, Ousmane Diarra, Lassana Samake, Hinako Jean Paul OulaÃ¯, and Moussa Ballo.
Others include Moussa Balla Sissoko, Yves Bissouma Makan Samabaly, Aliou Dieng, Yaya SamakÃ©, Moussa Coulibaly, Souleymane Tagore, Cheickna DiakitÃ©, Sidy Yaya TraorÃ©, and Abdoulaye Diarra.
The rest are Hamidou Sinayoko, Abdoulaye Traore, Mamadou Coulibaly, Lamine TraorÃ©, Aboubacar Doumbia, Aly MallÃ©, Youssouf TraorÃ©, and Fousseyni Coulibaly.
Meanwhile, veteran coach Fredrick Kashimoto says time is ripe for the Chipolopolo to win the CHAN, MULWANDA LUPIYA reports.
Zambia finished third at the inaugural tournament in Ivory Coast in 2009 under the tutelage of Herve Renard.
Kashimoto said in Mufulira yesterday that there should be no excuses for failing to win CHAN.
â€œThis is the perfect time to win CHAN. We have a team with a lot of experience. We have Africa Cup winners in our squad so that has given us an advantage over other teams and there should be no room for failure,â€ the former Mufulira Wanderers and Zambia midfielder said.
He said the blending of young and old players is a step in the right direction.
Kashimoto also said the recalling of Africa Cup winning stars Christopher Katongo and Isaac Chansa brings experience and stability in the team.
He said Katongo and Chansa have represented the country at the highest level and their presence could steer Zambia to victory.