MWAPE MWENYA, Lusaka
A YEAR after the break-up of the Federation of Rhodesia and Nyasaland, which was imposed in October 1953, Zambia gained its independence as a republic. Then, one year and a few days after that, Ian Smith unilaterally declared independence in Southern Rhodesia.
He changed the name to Rhodesia and plunged the country into a needless 15-year civil war that he inevitably lost.
After the demise of the Federation and the independence of Zambia and Malawi, the expectation was that Britain would negotiate some kind of gradual progression towards African rule in Zimbabwe. That was to be along the lines of a complex constitution devised in 1961 by the then Prime Minister of Southern Rhodesia Sir Edgar Whitehead. That constitution had originally been rejected by Zimbabwe Africa People’s Union (ZAPU) leader Joshua Nkomo for conceding too little and by the whites for opening the way for black domination. However, that was the period of decolonisation and the expectation was that some compromise would in the end be worked out. http://epaper.daily-mail.co.zm/ 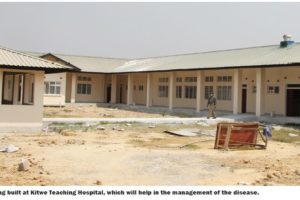 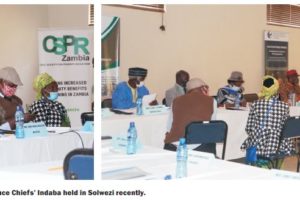 Chiefs speak out on North-West wealth