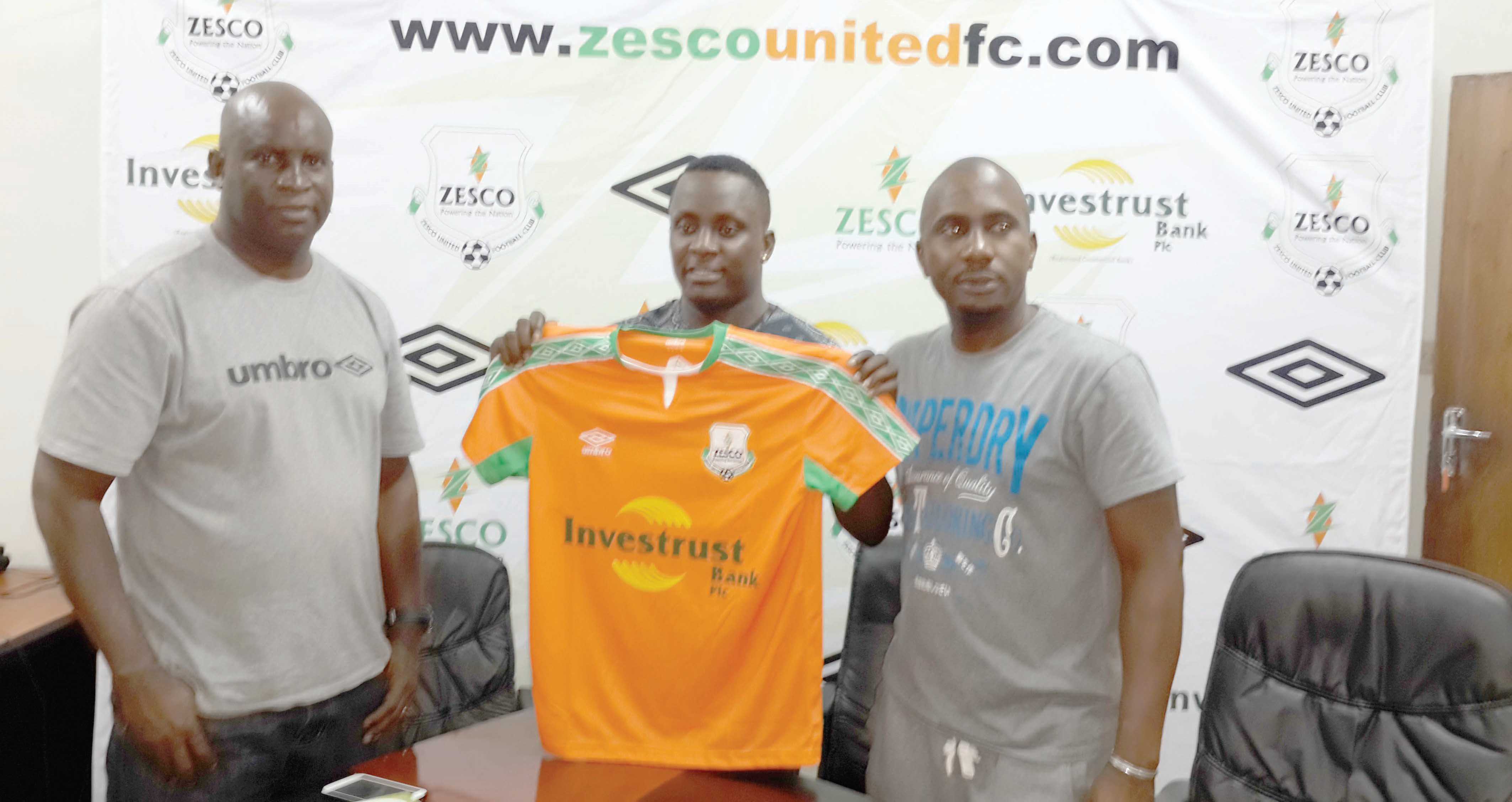 STEPHEN PHIRI, Lusaka
ZESCO United Nigerian imports Christopher Chigozie and Ayo Olowasemi have said winning the 2015 CAF Champions League is possible.
The two signed a two-year deal each on Saturday.
Chigozie said in an interview that with discipline and hard work, Zesco could go all the way and lift the continental trophy.
He said with determination, nothing is impossible.
â€œI know it is not easy to play in the Champions League, and playing in the Champions League is a different experience. We need to be united, determined, work hard and, above all, we should be disciplined. We should be each brotherâ€™s keeper on the pitch,â€ said Chigozie, formerly of Nigerian giants Bayelsa United.
Zesco start the Champions League campaign with an away preliminary round tie against Mbabane Swallows of Swaziland on February 14.
Midfielder Chigozie is also looking forward to retaining the Super Division title.
And defender Olowasemi said performing to expectation in the Champions League is top on the agenda.
â€œWe will take it step by step and our target will be reaching the group stage. Afterwards we will look at going as far as we can. I am not nervous because football is my life,â€ he said.
Olowasemi said he needed a new challenge and is excited to join Zesco.
â€œI needed a new challenge and Zesco presented the opportunity. I cannot wait to meet my new teammates,â€ he said.
Zesco general secretary Justin Mumba expressed confidence that the two players will add value to the team.
â€œWe were looking at players with the experience of the Champions League so that we can sustain our stay in the Champions League. Both bring another dimension to the game at Zesco. Our target is to be top in Zambia and Africa,â€ Mumba said.
He called on Zesco supporters to continue rallying behind the team.