MULWANDA LUPIYA, Ndola
ALTHOUGH passage to the next round looks all but guaranteed following their 2-1 away victory, the only worry for Zesco United is that they are on a four-match winless run at home in the CAF Champions League.
The last time the Zambian champions won at home was when they beat Jeshi la Kujenga Uchumi (JKU) of Zanzibar 7-0 in the preliminary round in February.
They should certainly put that bad run behind them today when they take on Nigerien side AS Sonidep in a return leg at Levy Mwanawasa Stadium in Ndola with a crunch date against Democratic Republic of Congo (DRC) giants TP Mazembe awaiting them in the next round.
The TP Mazembe encounter is one they would have loved to avoid so early in the competition.
But again, if you harbour ambitions of being champions, then you have to beat the best http://epaper.daily-mail.co.zm/ 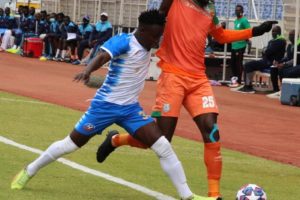 Flip-flopping FAZ blames it on clubs