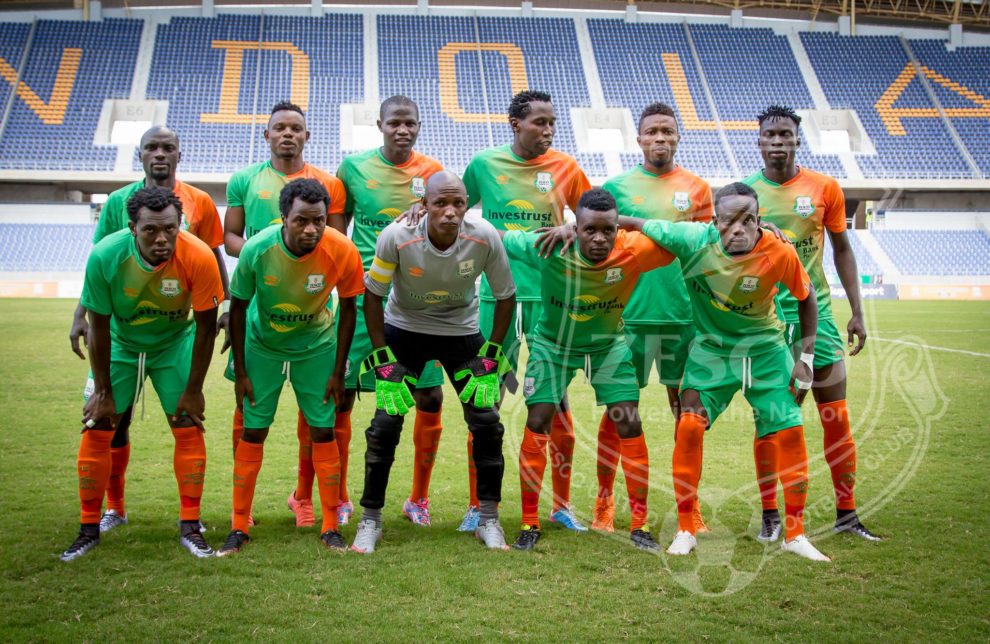 MULWANDA LUPIYA Levy Mwanawasa Stadium
Ndola
ZESCO 2 BLADES 0
FORWARDS Lazarous Kambole and Idris Mbombo yesterday guided Zesco United to a convincing start as the Ndola side edged Konkola Blades in a Super Division rescheduled Week One match that had striker Jesse Were missing a penalty.
Zesco coach Zlatko Krmpotic made two changes to the team that thumped Enugu Rangers 3-0 in the Confederation Cup play-off return leg last Saturday.
Midfielder Mwape Mwelwa started in place of in-form John Ching’andu while Misheck Chaila replaced Kondwani Mtonga in the holding midfield role.
Ching’andu was on the bench while Mtonga was not in the team.
Kambole opened the scoring in the 45th minute nodding in a cross from defender Fackson Kapumbu.
Kambole replaced injured Mwelwa in the 43rd minute and two minutes later justified his introduction.
Mbombo headed in another Kapumbu delivery past goalkeeper Regan Simango on 74 minutes to double the advantage.
Were could have registered his name on the scoresheet in the 72nd minute from the spot but fired straight at Simango.
Referee Kennedy Chimese awarded Zesco a penalty after defenders Bob Chansa and substitute Brian Kabwe brought down Mbombo.
Were was later withdrawn for another forward, Patrick Kongolo.
The first chance fell to Zesco in the 10th minute but Mwelwa fired straight at Simango while Dave Daka directed his shot wide on 23 minutes.
Blades suffered a setback on the half-hour mark when defender Kelly Sichilya limped off with an injury and was replaced by Kabwe.
Blades coach Enos Silwamba withdrew Emmanuel Phiri for Tapson Kaseba but the visitors failed to replicate the form that saw them beat Green Buffaloes 1-0 in Chililabombwe last Saturday.
Blades’ Bob Chansa’s effort zoomed over the crossbar in the 54th minute.
Both teams have three points but Zesco have a better goal aggregate. Others with three points are City of Lusaka, Napsa Stars, Green Buffaloes and Nchanga Rangers.
Leaders Green Eagles have six points, two better than second-placed Power Dynamos and Lumwana Radiants who are third.