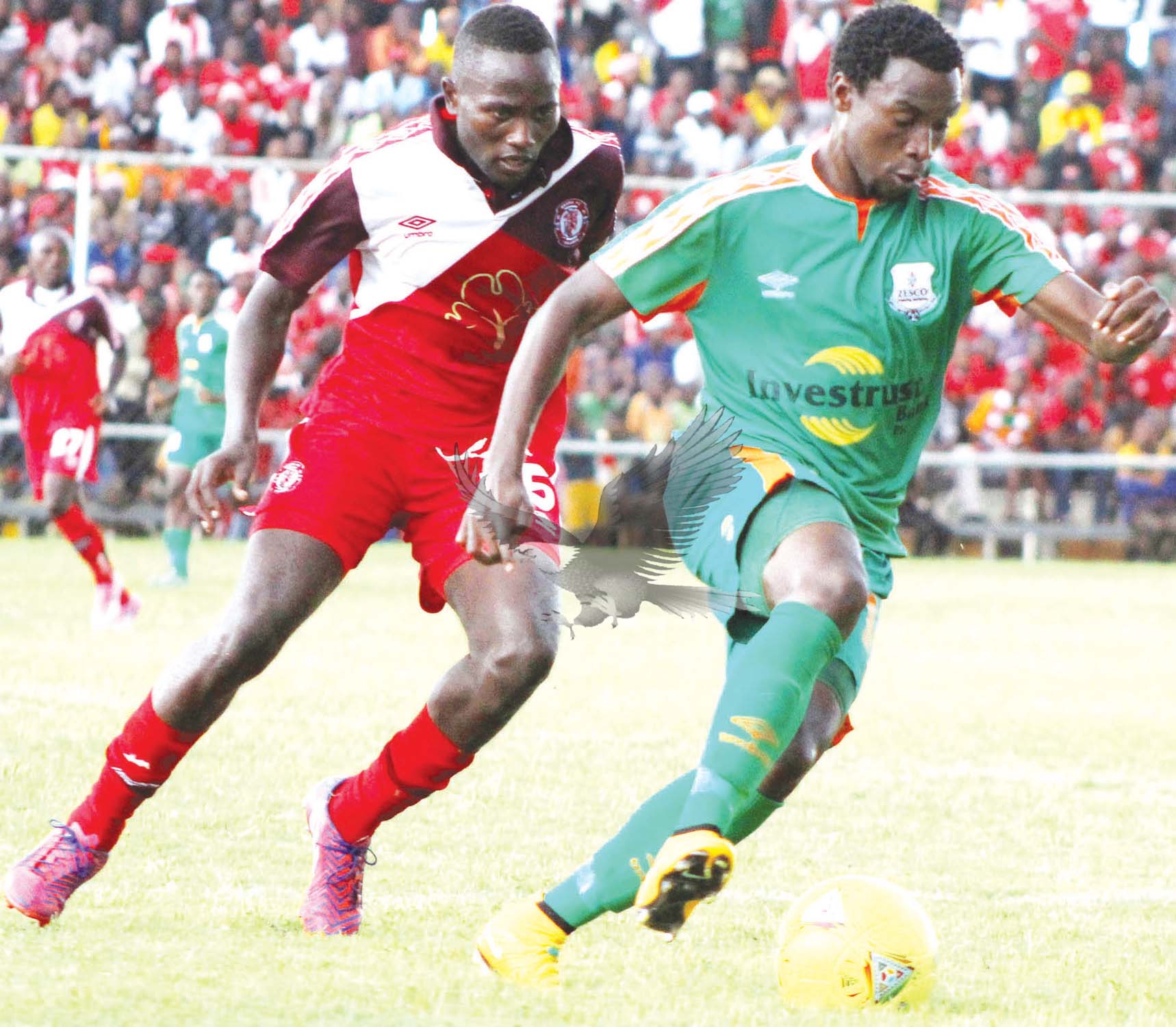 MULWANDA LUPIYA, KitweÂ  ZESCO 1 (5) NKANA 1 (4)
ZESCO Unitedâ€™s dominance over Nkana yesterday continued when the Ndola outfit won penalties in the Samuel â€˜Zoomâ€™ Ndhlovu Charity Shield semi-final at Kitweâ€™s Arthur Davies Stadium.
The rivals battled to a 1-1 draw in regulation time and the match was decided on lotteries.
Zesco scored all the five spot kicks through Chishimba Changala, David Odiambo, Ayo Ouluwafemi, Justin Zulu and Misheck Chaila while Shadreck Musonda, Maybin Chishimba, Felix Nyaende and Donashano Malama were on target for Nkana.
Josephat Kasusuâ€™s penalty was saved by Zesco goalkeeper Jacob Banda.
Zesco, the 2015 Champions League envoys, will face Power in the finals on March 7.
The Charity Shield semi-final victories are a boost to both teams ahead of this weekendâ€™s Inter-Club competition preliminary round return leg.
Zesco will face Mbabane Swallows in Ndola while Power, who beat Zanaco 1-0 on Saturday, host Al Khartoum in Kitwe.
â€œTough game, both teams, more especially Nkana, pushed hard in the second half. We stood firm which is good for the team. It was a game, good training,â€ Zesco mentor George Lwandamina said.
Winston Kalengo put Zesco ahead just 15 minutes into the game after benefiting from a Cletus Chota split pass.
Zesco could have doubled the lead two minutes later but Jackson Mwanza shot straight at goalkeeper Scott Ngokene.
Nkana had the chance to restore parity when Djunese Kandaâ€™s powerful shot hit the crossbar and Felix Nyaendeâ€™s header was saved by Banda in the 44th minute.
Substitute Joseph Sitali, who replaced Simon Bwalya, restored parity, when he scored in the 64th minute through a spectacular free kick.
Nkana coach Beston Chambeshi said his team showed character.
â€œI am happy with the way the boys have played and we put up a good fight. I think I have a team now. Zesco won but you know when it comes to lottery it is anybodyâ€™s win,â€ Chambeshi said.
Nkana were awarded a free kick after Odhiambo handled in the box.
Zesco had defender Bernard Mapili sent off in the 64th minute by referee Milton Mweemba for a foul on Kanda.