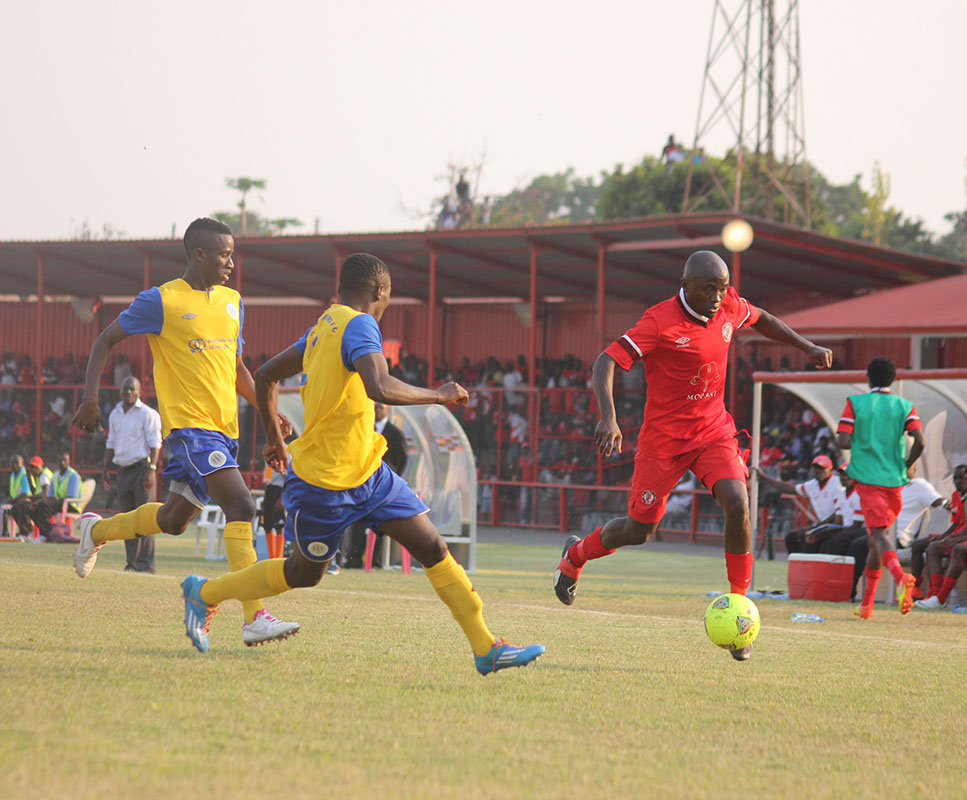 VICTOR KUMWENDA, Lusaka
ZESCO United today have a chance to move to the summit of the Super Division when they face Red Arrows in a rescheduled Week 22 match at Trade Fair Ground in Ndola.
Victory will push Zesco to 52 points, one better than leaders Zanaco and two ahead of Power Dynamos.
After todayâ€™s matches, all the teams will remain with five matches.
In the other match, champions Nkana will seek to bounce back from last Saturdayâ€™s defeat to Nchanga Rangers when they take on Nakambala Leopards in a rescheduled Week 21 match in Kitwe.
Nkana have 42 points.
ZESCO v ARROWS
With five games remaining before the end of the season, Zesco know what is at stake and will play for maximum points when Arrows come calling.
Buoyed by last Saturdayâ€™s 1-0 win over Konkola Blades, Zesco will leave nothing to chance as they chase for the fourth Super Division title.
â€œWe always play to win and so there is no difference with this one [against Arrows]. Otherwise we are ready for them,â€ Zesco coach George Lwandamina said.
The Ndola side might be without leading scorer Jackson Mwanza who is a doubt because of an injury.
Mwanza has been in superb form scoring 14 goals.
The reverse fixture ended 1-1.
NKANA v NAKAMBALA
This is a must win match for reigning champions Nkana if they are to remain in the race to retain the Super Division title.
â€œThe game will not be easy but we just have to bounce back from Saturdayâ€™s disappointing defeat,â€ Nkana coach Beston Chambeshi said referring to the 1-2 defeat to Nchanga Rangers.
Chambeshi will keep faith in the frontline of Ronald Kampamba, Simon Bwalya and Festus Mbewe.
Mbewe was on target in the defeat to Rangers.
A win for Nkana will push them to fourth position with 45 points.
But Nakambala will be looking forward to completing a double over Nkana.
The Mazabuka outfit beat Nkana 1-0 at home.