CHAMPIONS Zesco United chief executive officer Richard Mulenga has questioned the rationale behind waiting for the next two games to be played before the league is brought to a conclusion. Mulenga said in an interview
yesterday that while the club supports the abrupt ending of the league, the Football Association of Zambia (FAZ) should not have waited until the next two games are played.
To conclude the league, Week 26 games, which will be played this weekend, and Week 27, scheduled for next weekend, will be the final fixtures of the current season with champions being declared for both the Super Division and National Division One.
“Well, when they made a decision to end the league, they should have ended it there and then, not a situation where you wait again for two games, for what? Just for convenience?”
Mulenga wondered. “Will the risk posed by COVID-19 be lower in the next two games? Is that what they are
trying to say?” CLICK TO READ MORE 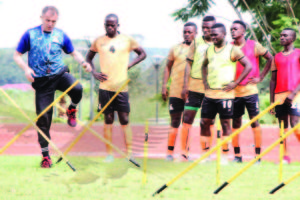