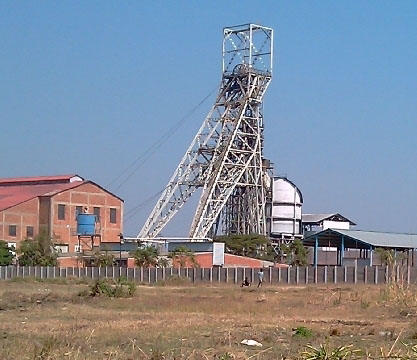 ANGELA CHISHIMBA, Lusaka
ZAMBIA Consolidated Copper Mines Investment Holdings (ZCCM-IH) shareholders have approved payment of a K250 million dividend to Government.
ZCCM-IH investor relations officer Joseph Lungu announced at a press briefing yesterday that the decision was made at the firmâ€™s annual general meeting (AGM) in Lusaka.
â€œToday, our shareholders approved payment of a final dividend of K1.56 per share which had been recommended by the directors,â€ Mr Lungu said.
This is the first dividend that ZCCM-IH has paid since its transformation into an investment holding company in 2000.
Mr Lungu said the dividend has come as a result of the steps government took to convert the debt of K1.8 billion that ZCCM-IH owed it into equity through a clawback rights offer which was completed in March this year.
This has also led to the company raising K257 million as capital.
â€œThis has really positioned the company strongly to exploit investment opportunities that will benefit the shareholders and the nation,â€ he said.
Mr Lungu said the capital market has recognised the steps the company has taken and this is evidenced by the performance in the share price.
He said this year alone, the companyâ€™s share price has gone up by 134 percent, valuing the company at over US$1 billion, which makes it one of the largest companies on the Lusaka Stock Exchange by market capitalisation.
â€œIn fact, since 2011, the share price has gone up by 300 percent which is a remarkable return for our shareholders,â€ Mr Lungu said.
He also said the company has incorporated a representative of the minority shareholders.
Financially, the company performed well this year with a revenue of K803 million compared to K305 million in the previous year, representing a 163 percent rise.
The companyâ€™s profit after tax was K892 million from K567 million, while total assets were K8.7 billion from K7.3 billion.
The group had a revenue of K1 billion and profit after tax of K277 million.