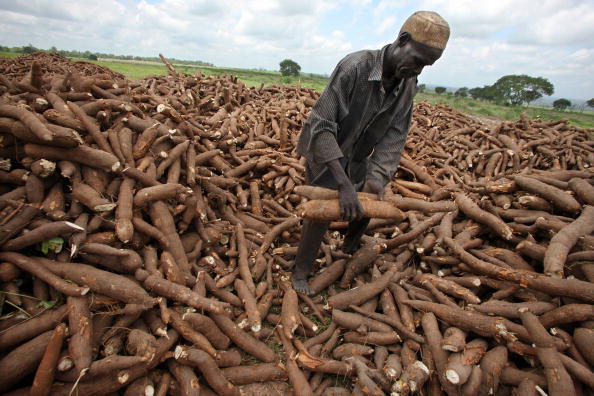 ESTHER MSETEKA, Lusaka
ZAMBIAN Breweries (ZB) Plc intends to increase the number of farmers under its cassava out-grower scheme from 3,000 to 4,000 by the end of this year.
Company corporate affairs director Ezekiel Sekela said the farmers will be supplying the US$30 million beer packing unit and warehouse at its Ndola plant expected to be completed next month.

In an interview last week, Mr Sekela said to ensure that the Ndola plant, which produces Eagle beer line as well as other clear beers is well stocked with raw materials, the company has engaged farmers in Luapula province to grow cassava.

The company is expanding its brewing capacity from 750 litres to1.8 million litres at its Ndola Plant.
“The more cassava we use, it is also going to have a positive impact on our farmers in Luapula Province.
“We chose Luapula farmers because it is closer to the Ndola Plant were we are manufacturing Eagle lager. This will help us operate effectively as the distance is shorter,” he said.
Mr Sekela also said the purpose of the out-grower scheme is supplementing Government’s efforts in growing the economy and improving the livelihood of local people.
Meanwhile, Zambian Breweries has set aside US$750,000 for various industry activities under the corporate plan running from 2018 to 2020.
He said the funding will help the company conduct awareness on responsible alcohol drinking among others.
“In the next three years, we have committed ourselves to invest a minimum of US$750,000 in the area of responsible alcohol drinking and other activities.
“We will also focus on issues pertaining to awareness campaigns, responsible alcohol trading and beyond that we are going to create centres for the youths in partnership with other stakeholders,” Mr Sekela said.

Consumers to save $7m from fuel