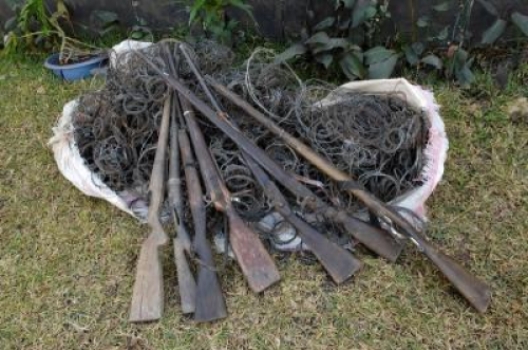 MUMBA MWANSA, Mfuwe
SIXTY-THREE village scouts graduated after two weeks of training in wildlife management and anti-poaching at Nyamaluma Training School in Mfuwe, Eastern Province, on Wednesday.
Zambia Wildlife Authority (ZAWA) director for conservation James Milanzi described the event as a success.
Mr Milanzi attributed the trainingâ€™s success to the fact that Nyamaluma and South Luangwa are historical to wildlife management in Zambia and southern Africa.
He said the 63 village scouts, who would be deployed in the six chiefdoms of Lupande Game Management Area, will help the authority achieve the dream of successful wildlife management and a reduction in poaching.
â€œEach chiefdom will have about 10 scouts and these scouts will beef up the fight against poaching. Poaching has become a major threat in the South Luangwa and Nyamaluma, hence we as ZAWA need to increase our manpower,â€ he said.
Of the 63 recruits, 10 are female, for which ZAWA and the Mambwe district commissioner commended the Nyamaluma community and called for more women to engage in the conservation of wildlife and the fight against poaching.
â€œI can see that they are all fit and strong and I cannot distinguish between a male and female. I see more and more women becoming part and parcel of the wildlife police officers, which is a good thing,â€ district commissioner Caroline Mwanza said.
She said it was gratifying to see youths being empowered with various skills as directed by President Lungu last month.
â€œGovernment intends to train about 1,200 wildlife police officers next year. Mambwe is a unique district. However, the poaching rates are very high, hence the more officers we have, we can conquer poaching,â€ she said.
Ms Mwanza urged the graduates not to fall prey to corruption when conducting their work as Government regards it as a serious evil.
And Chief Malama thanked ZAWA for building the training school in his area as it has been helpful to the community and has seen many of the youths graduate.
The chief encouraged more women to join the wildlife police service and help with the conservation of wildlife.