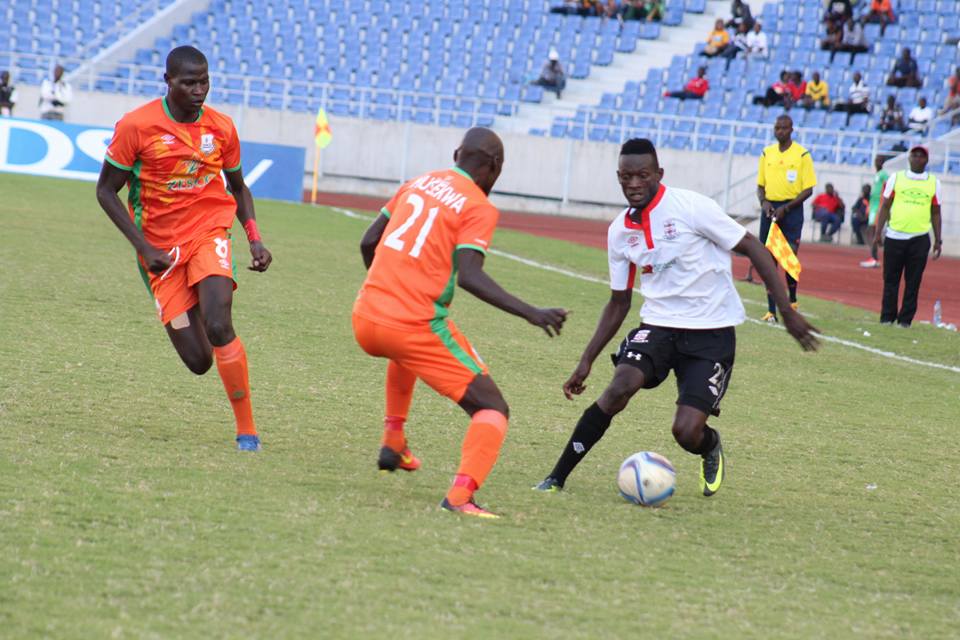 The stalemate pushed Zanaco to second position with 15 points at par with Zesco and Power Dynamos and one behind leaders Napsa Stars.
Zanaco have a healthier goal difference having netted 16 times and conceded four goals.
John Ching’andu could have been a hero but he dragged his shot wide with Zanaco goalkeeper Toaster Nsabata beaten in the 41st minute.
Stand-in-coach Tenant Chembo later withdrew Ching’andu for Lazarus Kambole.
Zesco trainer Zlatko Krmpotic has been given compassionate leave to travel to Serbia to mourn his father.
Taonga Bwembya saw his thunderbolt from a free-kick in the 63rd minute saved by an impressive Zesco goalkeeper Jacob Banda.
BUILDCON 2 EAGLES 1
Buildcon moved to eighth position on the log after edging Green Eagles in a lunch- time kick-off at the same venue, SYLVESTER CHISHIMBA reports.
Eagles’ midfielder Anos Tembo opened the scoring seven minutes into the game nodding in an Andrew Phiri cross.
Buildcon levelled the scores through a Mustapha Esssuman header off a Patience Mwepu cross in the 86th minute.
Ayisi Cliffton Miheso added the second through a well-struck free kick two minutes before time to hand Buildcon their second win of the campaign.
Buildcon have 13 points, three better than Eagles.