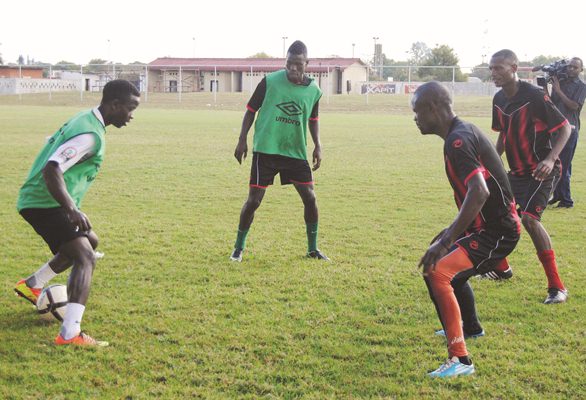 ROBINSON KUNDA, CECILIA ZULU & MATHEWS KABAMBA, Lusaka
COACH Mumamba Numba says Zanaco has slim chances of winning the Super Division title.
Numba said in an interview after Zanaco beat Konkola Blades 2-0 in a Week 26 match at Sunset Stadium in Lusaka on Sunday that his title hopes are still alive despite trailing leaders Zesco United by seven points.
Zesco are on 60 points while Zanaco have 53.
â€œIn football, anything is possible. We will fight to win all the remaining matches and if we do that, itâ€™s possible we can win the title,â€ Numba said.
â€œWe are happy to regain our second place. What we told the players was that we have to win this game against Konkola Blades and go back to second position. Power Dynamos put us under pressure when they went into the second place ahead of us so we were working hard,â€ Numba said.
Blades coach John Munkonje admitted his players did not deserve to win because they played badly.
â€œThatâ€™s not the Blades I know. We played badly and we made silly mistakes,â€ Munkonje said.
Blades have 23 points.
Meanwhile, Arrows coach Mathews Phiri has commended his players for putting up an impressive performance in Sundayâ€™s 2-1 win over Lusaka Dynamos.
â€œIt was a sweet victory especially that we came from behind. I am hoping we win the remaining four games because our target is to finish among the top five teams.
â€œOur performance this year has been average as compared to last season. But we still have a lot of work to improve on our performance, we need to polish up,â€ Phiri said.
His counterpart Perry Mutapa expressed disappointment with the performance of his players.
â€œItâ€™s always disappointing to lose after taking the lead. Our finishing is very poor. The defence is weak but if we can only improve on that then we will do better in the remaining games. Itâ€™s painful when you start with good results then you end up losing. I am hoping to see change because our aim is to remain in Super Division,â€ Mutapa said.
Arrows have 38 points, ten better than Dynamos.