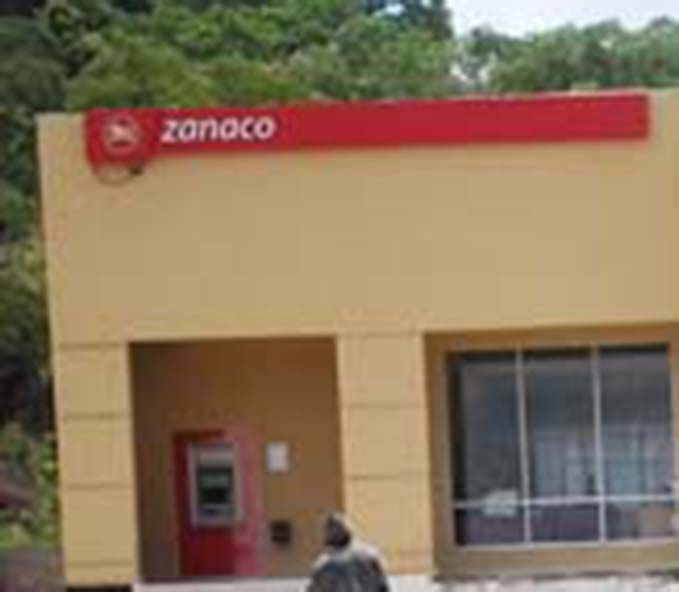 Thieves get away with thousands of Kwacha from ATM strong room
NANCY SIAME, Lusaka and DARLINGTON MWENDABAI, Chipata
TWO bandits masquerading as Armaguard Security Limited technicians have stolen thousands of Kwacha from an Automated Teller Machine (ATM) strong-room at a Zanaco branch in Katete.
Eastern Province commissioner of police Grace Chipalila and Zanaco head-corporate affairs Joy Sata confirmed the robbery yesterday.
Ms Chipalila said the two robbers tricked Zanaco security guards that they had been sent from Lusaka by Armaguard Security Limited to repair the ATMs.
â€œThe robbers had fake identification cards which they produced to the two guards who were manning the ATM, which had money,â€ she said.
The incident happened between 07:00 hours and 07:30 hours yesterday.
Ms Chipalila said the security guards did not suspect anything when the suspects pulled up in a metallic grey Toyota Corolla at the premises.
She said the two security guards have been detained to help police with investigations while a manhunt has been launched for the suspects.
Ms Sata also assured customers in the area that Zanaco is working expeditiously to ensure that services are restored at the ATM while investigations are taking place.
â€œFor basic cash withdrawals, account holders are advised to use the Zanaco Xpress agent, Blue Moon Restaurant and Guest House on Great East Road or any Visa-enabled ATM in the area,â€ Ms Sata said.