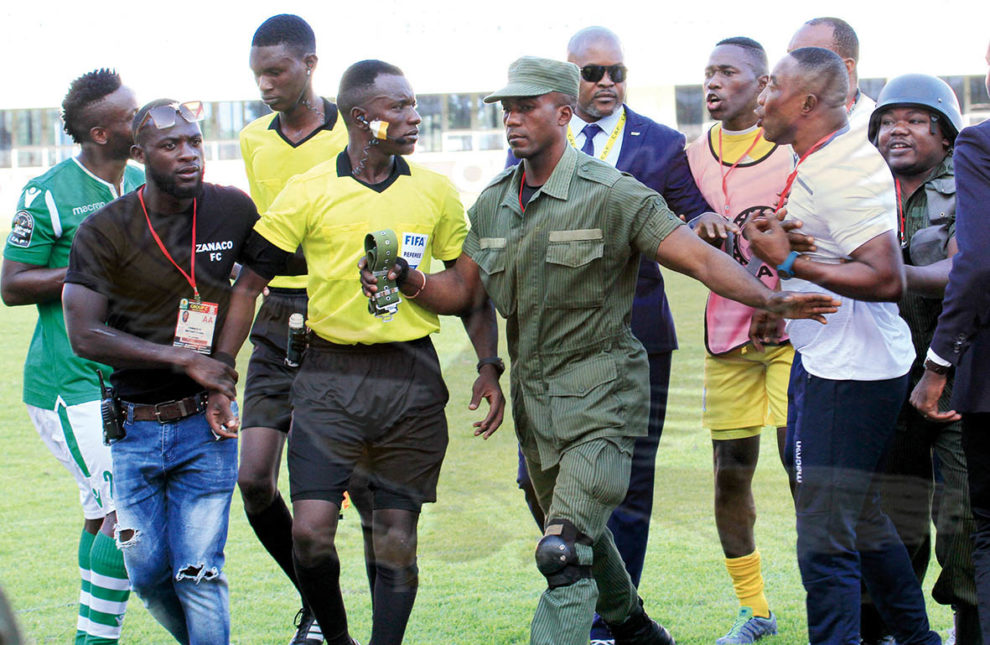 DIANA CHIPEPO, National Heroes Stadium, Lusaka
ZANACO 2 PEMBE 1
IT WAS a dramatic turn of events at National Heroes Stadium in Lusaka yesterday as Zanaco left it late to stun Congolese side DC Motema Pembe with two late goals in the CAF Confederation Cup group match.
Zanaco coach Chris Kaunda made changes, introducing Mousa Souleymanou for Ernest Mbewe deep into the second half, and believes his tactical change raised the tempo of the game in Zanaco’s favour and enhanced their chances of a quarter-final place.http://epaper.daily-mail.co.zm/