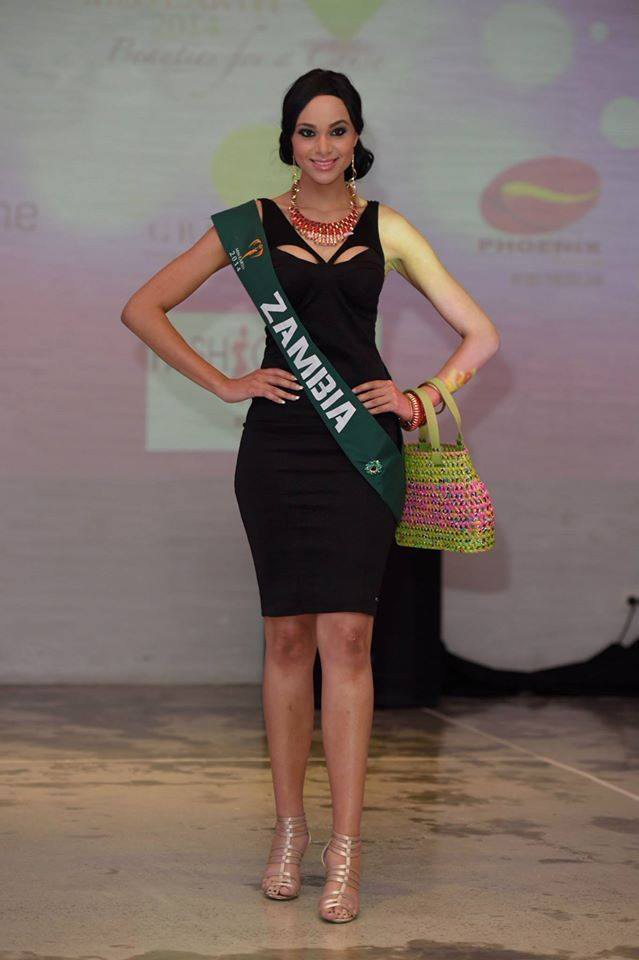 NKOLE NKOLE – Lusaka
ZAMBIAâ€™S representative to the Miss Earth International 2014 pageant, Cartier Zagorski, is today expected to battle it out with 88 other contestants at the finals of the competition taking place in Manila, Philippines.
The 22-year-old, who is also a part-time model signed to TMA Model Management in South Africa, is competing for the coveted title of Miss Earth International 2014 after several weeks of training.
Speaking during an interview, Cartierâ€™s mother Grace Zagorski explained that Cartier, a third year law student in South Africa, was confirmed as Zambiaâ€™s Miss Earth ambassador in September this year.
Cartier has so far earned bronze twice and silver once under the evening wear, cocktail wear and swimsuit competitions that ran during the group stages of the pageant.
Going into the final today, Cartier has stated that she is passionate about Zambiaâ€™s water crisis as there are a relatively high number of cases of water and sanitation related diseases that affect the country.
â€œI am motivated to contribute to the country of Zambia through earth awareness and being part of the growth, sustainability and enrichment of the country, particularly in projects that are centered around that of water purification and being able to provide water that is safe for consumption,â€ she shared via the Miss Earth International website.
She pledges that her environmental advocacy will involve working to influence public policy in social, political, economic and cultural spheres to bring about change in environmental issues such as the water crisis in Zambia.
â€œIt is my aim to create awareness on protecting the public from environmental hazards as well as protecting the natural world as a whole. I want to create something that has a lasting and all round positive as well as sustainable effect,â€ Cartier said.
The Miss Earth International pageant was founded in 2001 and is one of the largest beauty pageants in the world along with Miss World and Miss Universe that promotes environmental awareness.