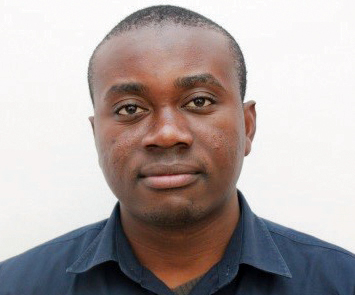 Analysis: JOHN MUTUTWA
THE recent economic hardships that the country has witnessed especially since 2015 have placed the Government in a tight

fiscal position. This has raised the need for Government to check its spending appetite especially in infrastructural projects such as roads.
However, it is worth noting that the importance of infrastructure in the country’s development calls for continued spending on infrastructure, especially given the country’s glaring infrastructural deficits in energy, transport, water and other sectors. For a country aspiring for a higher development status (middle-income country by 2030), there is need to ensure that adequate, reliable and quality infrastructure is put in place.
Currently, Zambia lags behind other southern African countries such as South Africa, Botswana, Angola and Zimbabwe in the provision of transport infrastructure.
This includes roads, railway and airports which are indispensable in improving the country’s regional connectivity to major seaports and other trade corridors. This is despite the mega and impressive Link Zambia 8000 project that targeted the construction of 5, 339km of new paved bituminous roads and upgrading of 2,862km of existing ones. Recent estimates indicate that Zambia’s paved road density stands at 56.3km per 1, 000 km² of arable land compared to 146 km per 1,000km² for Africa’s middle-income countries. When taking into account the quality of roads such as width, ridership durability and general roadworthiness, this differential widens and the country still lags behind its peers by far.
The provision of clean, safe and reliable energy is another good example. Zambia generates approximately 1,900 megawatts of electricity from an installed capacity of approximately 2,350 MW. Of the 3 million Zambian households, only a meagre 31.2 percent has access to electricity.
Despite the country being endowed with an abundance of water resources, and thus having a power generating capacity of approximately 6, 000 megawatts, most Zambians do not have access to electricity.
With Zambia’s population estimated to reach 23.6 million by 2030 coupled with the current estimated increase in demand for electricity of 150-200 megawatts per year, more investment in power generating infrastructure is needed if an electricity crisis is to be averted in the medium to long term.
Provision of water infrastructure is also a challenge. As of 2015, only 67.7 percent of Zambian households had access to improved sources of drinking water.
This includes protected dug wells, springs and rainwater. This proportion improves in urban areas (89.2 percent) although it is still largely insufficient compared to international standards. For instance, access to safe drinking water in Botswana was estimated at 99.5 percent and 84.1 percent in urban and rural areas respectively in 2008.
These figures are worrisome given the fact that Zambia is endowed with vast water resources.
However, due to insufficient investment in water infrastructure to store and distribute water, the majority of Zambians, especially in rural and peri-urban areas, fail to have access to clean water and sanitation.
These few examples, among many others, stress the need to develop the country’s infrastructural base in order to improve the living standards of the population. Most importantly, this will make Zambia a must-go-to investment destination because improved infrastructure reduces the costs of doing business.
In addition, the demand for infrastructure in transport, housing and for power and water generating purposes, among others, will only increase as the population grows.
This means our cities’ already severely stretched capacities to provide reliable infrastructure will only worsen over time as more people flock to these areas in search of better economic opportunities.
Government will have to undertake bold measures to address the current infrastructural deficit. Acknowledging that the country is and will be financially strained in the short to medium-term to provide all the needed infrastructure, there is need to incentivise the private sector via public-private partnerships (PPPs) and other development partners to come on board to help develop the necessary infrastructure required. Private participation will address some of the current production inefficiencies, and thus lower costs.
Thus, the announcement by the Minister of Transport and Communication earlier this year to unbundle the railway sub-sector to encourage private participation is therefore a commendable approach if it materialises.
As the clock to middle-income country status keeps counting down, the demand for more and reliable infrastructure will only increase. The country will not meet this target if investment in infrastructure development remains limited.
This is because infrastructure development is a prerequisite for future economic growth and development, and thus a long-term solution for the country’s current economic challenges.
This calls for policy-makers to strike a delicate and yet important balance between fixing the short-term economic challenges of the country and ensuring that the long-term infrastructure development plans are implemented and not sidelined to the back of the agenda.
The author is a researcher at the Zambia Institute for Policy Analysis and Research (ZIPAR).