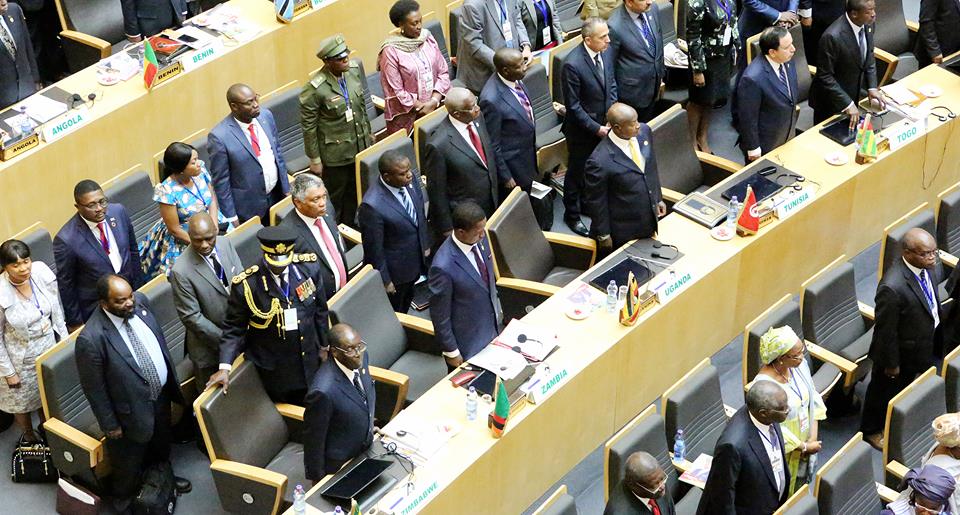 VIETNAMESE peace activist Nhat Hanh once said: â€œPeople deal too much with the negative, with what is wrong. Why not try and see positive things, to just touch those things and make them bloom?â€
It is well known and proven fact that human nature tends to focus more on negativity rather than on the positive side of things.
Unfortunately, as a country, we have many people preoccupied with painting the country black in the eyes of the international community.
These are subjective and corrosive minds capable of blinding many from seeing the great achievements attained by this great country.
While we acknowledge that Zambia, like many other countries, has had a fair share of challenges, it is also important to be sincere and recognise the many enviable achievements attained so far.
We are, therefore, pleased that President Lunguâ€™s presentation of the Africa Peer Review Mechanism (APRM) first report on Zambiaâ€™s implementation of the national plan of action did justice in highlighting the countryâ€™s distinct achievements.
President Lungu, who presented a 20-minute progress report during the 26th APRM forum of heads of State and government session at the on-going African Union assembly in Ethiopia, was showered with glowing tributes by several heads of State and dignitaries.
Among the notable achievements that won Zambia praises and subsequently raised her profile in Africa and beyond is the rapid progress made by government on gender parity since the last review in 2011.
Apart from creation of the Ministry of Gender to spearhead gender parity, Zambia boasts of a leap towards gender balance at Cabinet level.
Female representation at Cabinet level has leaped from 14 percent in 2011 to 28 percent by 2016. The 100 percent increase in the number of female Cabinet ministers is evidence that Zambia is making steady progress towards attaining the SADC Gender and Development protocol target of 50 percent female representation at all decision-making levels.
We all know that with the creation of 33 new districts, development and economic growth have been spread to rural areas. We have seen massive infrastructure development in these rural areas to support the new status.
In the process, jobs have also been created, thereby lifting many lives out of poverty.
Another noteworthy accomplishment is economic growth recorded from the last APRM averaged that at 5.3 percent per annum. The growth, which was attained at a time of economic turmoil globally, is attributed to the development in the construction sector.
Government has revised the Sixth National Development Plan (SNDP) to include job creation as one of the key strategic focusses.
We also have in place an enhanced programme to drive private sector development, industralisation and job creation.
These are indeed critical steps towards alleviating poverty among many jobless Zambians.
Zambia also boasts of a renewed vigour in the fight against corruption with establishment of integrity committees and intensified community awareness programmes to encourage community participation.
Under democracy and political governance, Zambia has embarked on the process of consequential legislation to the amended constitution to operationalise it.
It is indisputable that Zambia has set an enviable standard which must only be improved upon. And to do so, there is need for Government, political parties, civil society, the church and citizens in general to work together to make Zambia a role model in Africa and beyond.
For a long time, we have been considered as a beacon of peace on the continent, we can go further and position ourselves as role model on gender parity, corruption fight, and economic growth among other areas.

Nyiombo should up their game
DBZ loans should grow economy, create jobs