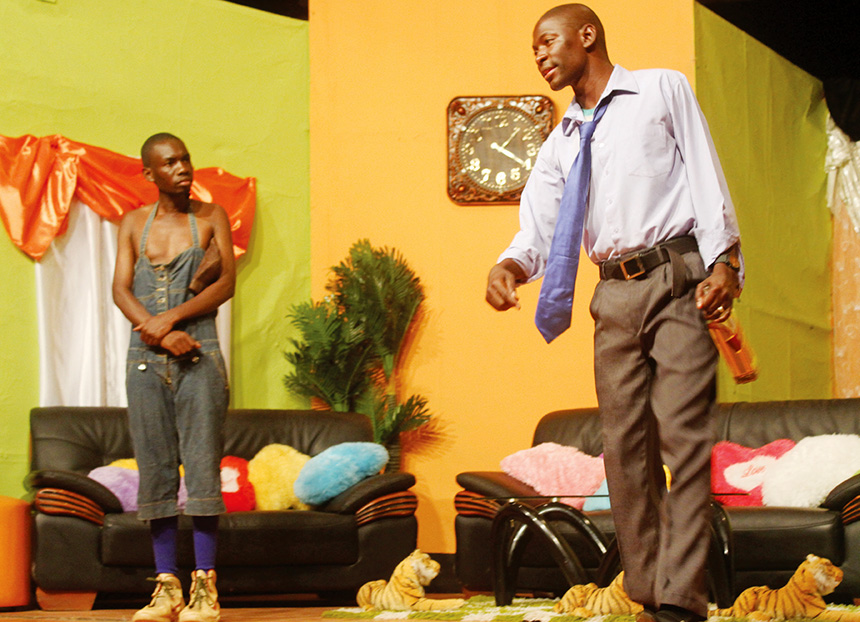 CHAMBO NG’UNI, Kabwe
THE communique from the theatre Indaba held in Kabwe last Saturday is yet to be made available to the public, but there is still no doubt that the meeting helped those in attendance to be in the clear in terms of the state of the sector.
The indaba, which drew representation from theatre arts bodies, theatre enthusiasts, theatre artistes and theatre critiques, looked at ways of revitalising the industry.
It was an important meeting, attended by veteran playwright Professor Dickson Mwansa, who gave a key note address and Minister of Tourism and Arts Charles Banda.
“I feel grateful that I was invited to participate in this indaba which I consider to be the second or third major discussion on the future of arts in Zambia,” Professor Mwansa said.
“The first was the 1984 conference on art that was organised by the department of extension studies at the University of Zambia in collaboration with ZANTAA and the department of cultural services that brought together artists from all fields of performing arts and resulted into passing among others, a resolution that led to the merger of ZANTAA and TAZ.”
The proceedings of the conference were compiled and became a source of further publications including contribution to the world encyclopedia on performing arts.
“The second was the 1990 meeting called to consider the creation of the National Arts Council. The result was a draft of a lay person’s bill that paved way for the formation of the National Arts Council in 1994,” he said.
“This indaba has been called because of fear that mainstream theatre is dead and there is need for its revival. The major concern was that mainstream theatre had died. Though there was not clear definition of main stream theatre but there was an implication that it was theatre in little theatres.”
Prof Mwansa, the author of many plays including Family Question, said he strongly believed that art does not die as such but can stagnate and later give rise to new forms and directions. “The death of arts would mark the death of nations. It is to the art that nations turn in times of peace and calamities for hope and direction because art affect emotions and provoke thought,” he said.
“Art, when neglected or when stifled through overt or covet actions of statesmen and women, go in lull and resurface in different forms and genres.
“One can say that Zambia has passed through different stages of development of art that can be grouped into periods of separate development, cultural awakening, storming, consolidation and fragmentation and now stagnation.”

Tributes pour in for writer Mwango
Maureen to play for charity