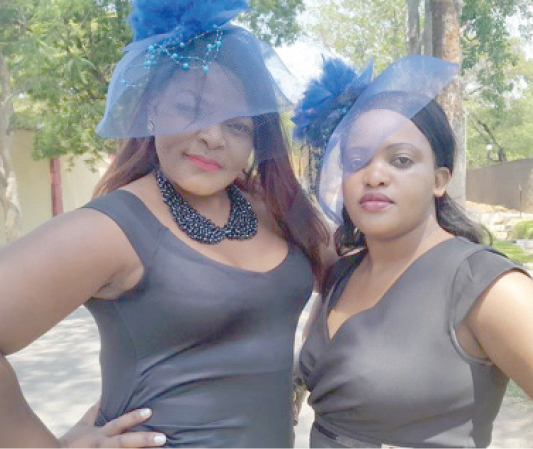 GOSPEL GROOVES with FELIX NYAMBE
NKOLE NKOLE, Lusaka
AFTER the tribal talk that has dominated social media in the run-up to the just-ended presidential election, gospel artiste, Gloria Kabonga, has written a song she hopes will spread love and encourage national unity.
The song, called Zambia is my Tribe features Joy of the Kafue Gospel Singers.
Gloria shared during an interview that the tribal name-calling in the country during election campaigns, had inspired her to use music to spread a positive message of love.
â€œI noticed a lot of negative tribal remarks being spread about different tribes and I could see there was so much hate. So Joy and I sat down and decided to do a song,â€ Gloria explained.
â€œWe said to each other, weâ€™re all Zambians so this division to say one is Bemba or Tonga or Lozi should be discouraged.â€
The song, written in Tonga, Bemba, Lozi and Nyanja languages, was recorded at Trixstar studio and produced by Honorable.
Gloria who is a former lead singer in the Green Labels Band, made the switch to gospel music in 2005.
She is currently working on her second album called, New Touch, to be released at the end of March. Her first album called Upepe was released in 2013.
Both Gloria and Joy had featured in a song celebrating Zambiaâ€™s 50 years of independence last year, with artistes such as Solomon Jere (former Deputy Inspector General of Police) and Abel Chungu Musuka.
Gloria also wrote a song in tribute to the late President Michael Sata called Chalema.