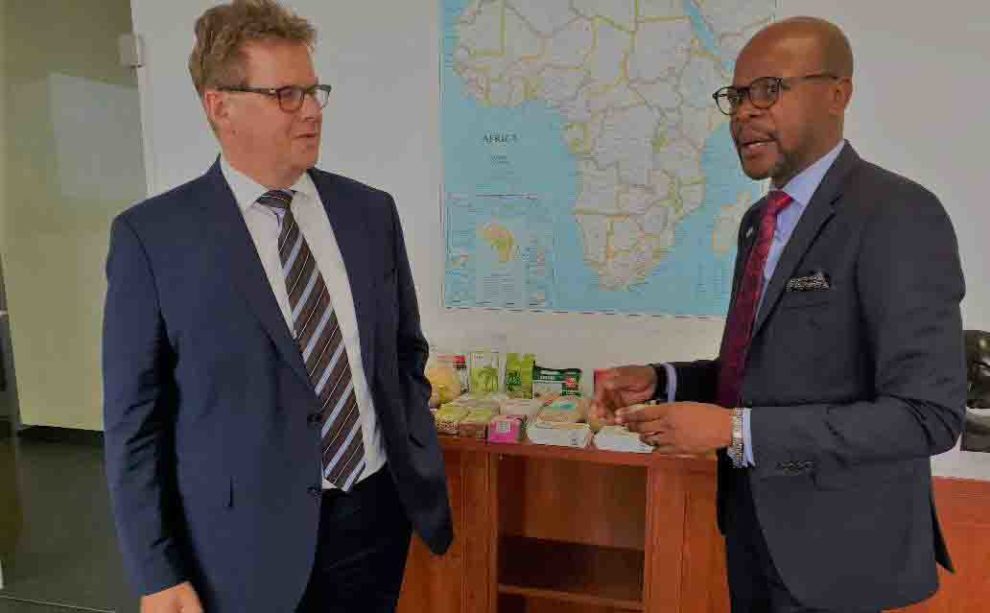 KALONDE NYATI, Lusaka
ZAMBIA is among African countries that stand to benefit from a German private investment fund worth US$1 billion.
A consortium of German investors led by Amatheon is raising funds to invest in various sectors of the economy.
Amatheon chief executive officer Carl Bruhn said the sectors earmarked for investment under the Africa Fund include energy, tourism, mining and housing.
The Africa Fund is Mr Bruhn’s initiative, but contributions have been drawn from various German investors.
Mr Bruhn, who held talks with Zambia’s Ambassador to Germany Anthony Mukwita (below), said Zambia and other eight African countries have been identified as those that will benefit from the US$1 billion investment fund http://epaper.daily-mail.co.zm/

ZCCM-IH does it again