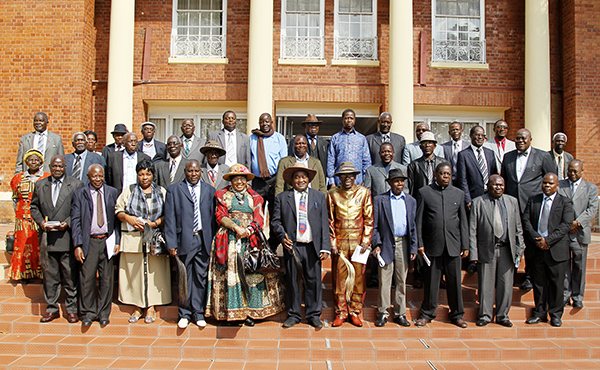 ZAMBIA is a unitary state, according to Article 1 of the Constitution, and it is the desire of those who formulated the law that it remains so for a long time to come.
The Article further adds that Zambia is an indivisible, multi-party and democratic sovereign state.
It is from this basis that our founding fathers have always sought to defend the document they swore to do so and today we can sing in unison, â€œOne land, one nationâ€.
It is a land that is blessed with resources, unique in its own way and much more, it is known for peace and as a nation of people who are accommodating.
Though this may not mean there are no differences amongst its citizens. Where people are found, there are bound to be differences and this is acceptable, but what matters when the differences arise is the fact that the offended and the offender should get to a win-win situation.
We are disturbed by reports of some of our citizens calling for secession of Southern Province.
Speaking at the Kenneth Kaunda International Airport on return from Malawi on Tuesday, President Edgar Lungu said some people from Southern Province are talking of seceding from Zambia because of some unpalatable remarks allegedly made by Patriotic Front (PF) secretary general Davies Chama.
To start with, as a province, it means it is a very important part of the country which is made up of 10 provinces and the 104 districts that are found in these provinces.
Its contribution to the development of Zambia is massive, starting from the historical times, through the independence struggle to the current times. In short, it has a rich history.
Secession, in this day and age, should be frowned upon because of theÂ  high levels of integration and the unity we have enjoyed as Zambians.
And as President Lungu noted, there is need to build on the foundation of our forefathers by steering the country in the direction of unity, especially at a time like this when we were celebrating the Unity and Heroes holiday.
We note from Mr Lunguâ€™s statement that the avenue of dialogue remains open and he has made that invitation to those offended by Mr Chamaâ€™s alleged remarks.
Dialogue is the best option to resolving any differences and we know that anyone who cares about the unity of our nation will go for it.
We have seen in the political arena how politicians can call each other names today but tomorrow, they are sitting at a meal together and this is what we want to see in Zambia.
Tolerance is an invaluable trait and we are sure that politicians know this fully well.
We therefore urge both parties to sit down at a round table and iron out their differences so that at the end, we see them shake hands and hug each other.
Each one of us has a responsibility to guard our unity jealously.Â  We have only one country we call Zambia and it should remain so.

Importance of Heroes, Unity days
Immediate solution should be sought for CBU