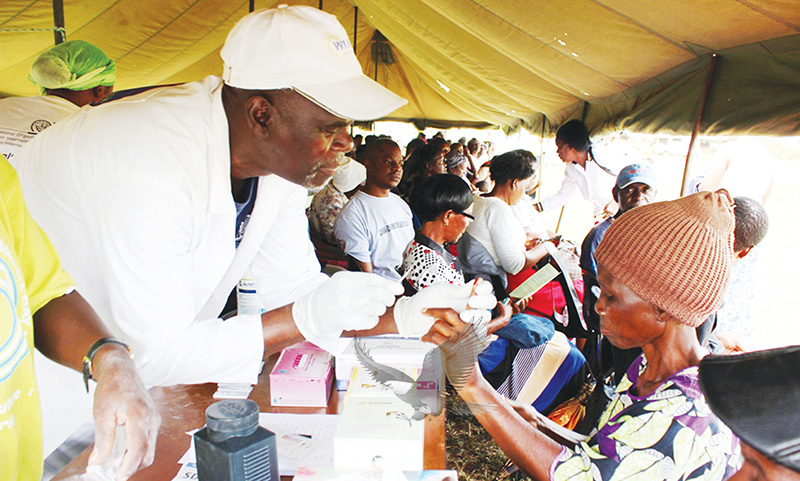 SHIKANDA KAWANGA, Livingstone
MALARIA prevalence and deaths from the disease in Zambia have steadily decreased culminating in a massive 55 percent reduction in all cases of child mortality, Minister of Health Joseph Kasonde has said.
Dr Kasonde said the Ministry of Health has identified a stepwise approach to establishing malaria-free zones and progressively expanding these areas until the disease has been eliminated nationally.
â€œZambia is committed to the ultimate goal of eliminating malaria transmission and ending the burden of the disease in the country once and for all of which an elimination strategy has been developed,â€ he said.
He was speaking at Isdell: Flowers Cross Border malaria initiative fourth annual round table meeting in Livingstone recently
Dr Kasonde said the elimination strategy goals aim to eliminate local malaria infection and disease in Zambia by 2020 and to maintain a malaria free-status and prevent its reintroduction.
He said at regional level, Zambia intends to eliminate malaria border areas with neighbouring countries namely Angola, Democratic Republic of Congo, Tanzania, Malawi, Mozambique, Zimbabwe, Botswana and Namibia.
Dr Kasonde also said that his ministry would advocate a reduction in transmission within the bordering countries.
He, however, said the scores made so far indicate that good malaria case-management practices and the use of insecticide-treated nets are key to eradicating malaria.
Dr Kasonde added that indoor residual spraying, strong community engagement and robust surveillance system can have a positive impact in the quest for malaria incidence and eventual eradication.
Earlier, Isdell:Flowers Cross Border malaria initiative co-founder Neville Isdell said the global drive to eliminate malaria within the next few decades requires effective coordination and communication across borders.