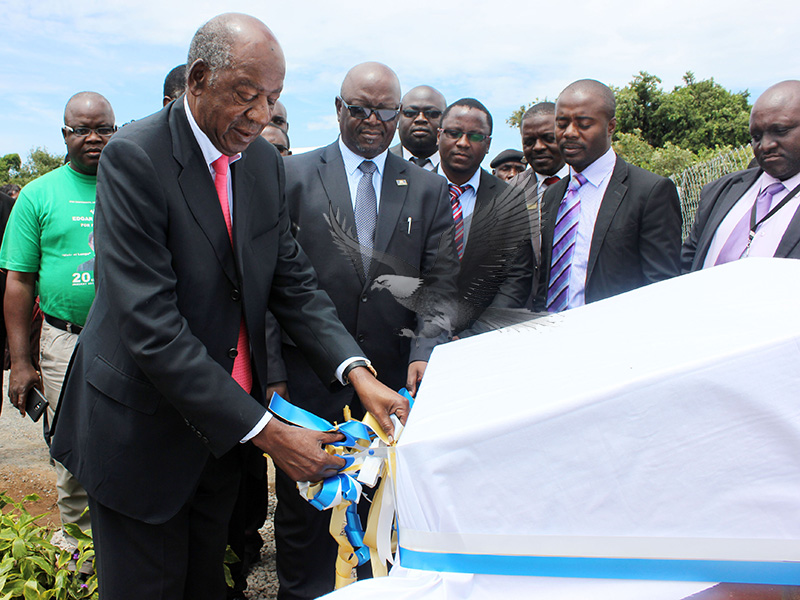 LINDA NYONDO, Lusaka
MINISTER of Finance Alexander Chikwanda says Government is ready to expeditiously move and make progress on a development agenda which has elements of regional integration programmes.
Officiating at the African Union (AU) workshop on Agenda 2063, the first 10 years implementation plan in Lusaka yesterday, Mr Chikwanda said African countries are fighting to emancipate the continent from socio-economic poverty.
â€œAfrican governments are committed to continue pursuance of the pan-African vision of an integrated, prosperous and peaceful Africa driven by its own citizens and representing a dynamic force in the global arena,â€ he said.
Mr Chikwanda said Agenda 2063 is an instrument that will facilitate realisation of the stated commitment, a plan for Africaâ€™s structural transformation.
He said Agenda 2063 is the first home-grown continental strategic document ever produced, based on the bottom up approach.
Some of the aspirations in the agenda 2063 include a prosperous Africa based on inclusive growth and sustainable development, an integrated continent politically united and based on the ideals of pan-Africanism.
Others are an Africa whose development is people-driven, relying on the potential offered by African people, particularly its women and youths.
Mr Chikwanda said national development plans and poverty reduction strategies should be revised to incorporate and reflect the aspirations and goals of Agenda 2063.
He said Agenda 2063 will, among other things, facilitate rapid movement towards regional integration by identifying key drivers of regional integration such as trade, investment and free movement of people.
Speaking earlier, AU commissioner for Economic Affairs Antonio Maruping said Africans are so hard on one another, hence the need to do away with visas and allow free movement of people.
He said the success of Agenda 2063 lies with member countries, hence the need for respective countries to domesticate it in their national plans.

PAC sends PS away
Council to light up streets this year