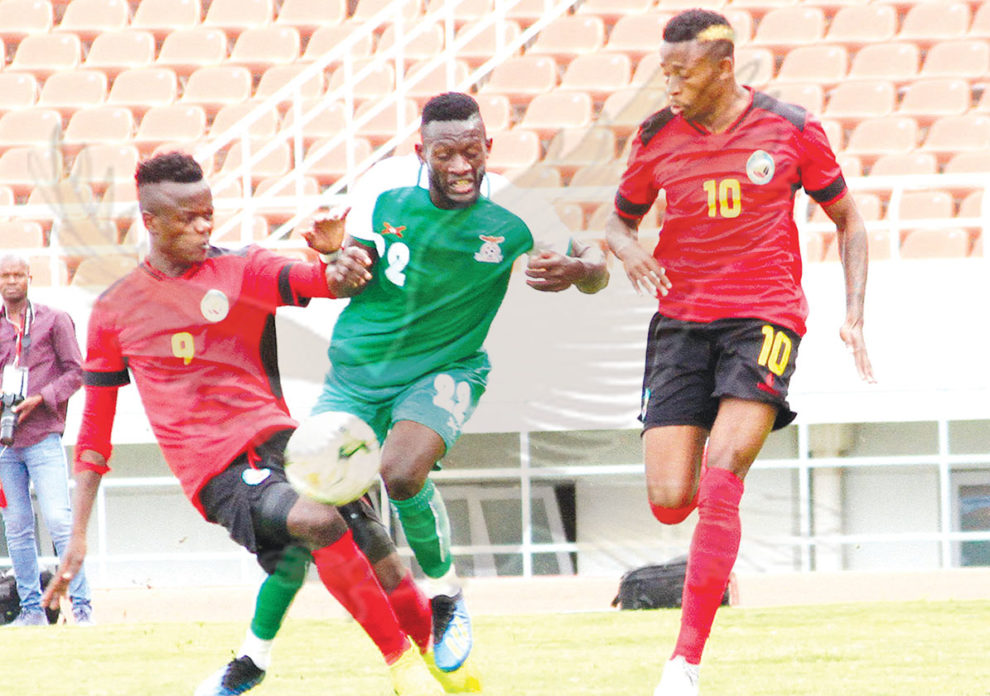 ROBINSON KUNDA, Zimpeto Stadium, Maputo
MOZAMBIQUE 1 ZAMBIA 0
ZAMBIA’s claim of being one of the continent’s biggest footballing nations was virtually shattered yesterday when a lacklustre performance ended the quest for a place at the 2019 Africa Cup of Nations finals – for the second time in a row.
This will be the first time that Zambia will miss the Africa Cup of Nations tournament back-to-back since making a debut at the 1974 edition in Egypt with coach Sven Vandenbroeck blaming a bad start in the qualifiers.
Zambia, a regular qualifier even when the finals were contested by only eight teams, will miss out in the redesigned finals that will have 24 teams – half of the continent.
The 1-0 defeat to Mozambique yesterday in Maputo shattered the Chipolopolo’s dream of qualifying for the Cameroon finals.http://epaper.daily-mail.co.zm/