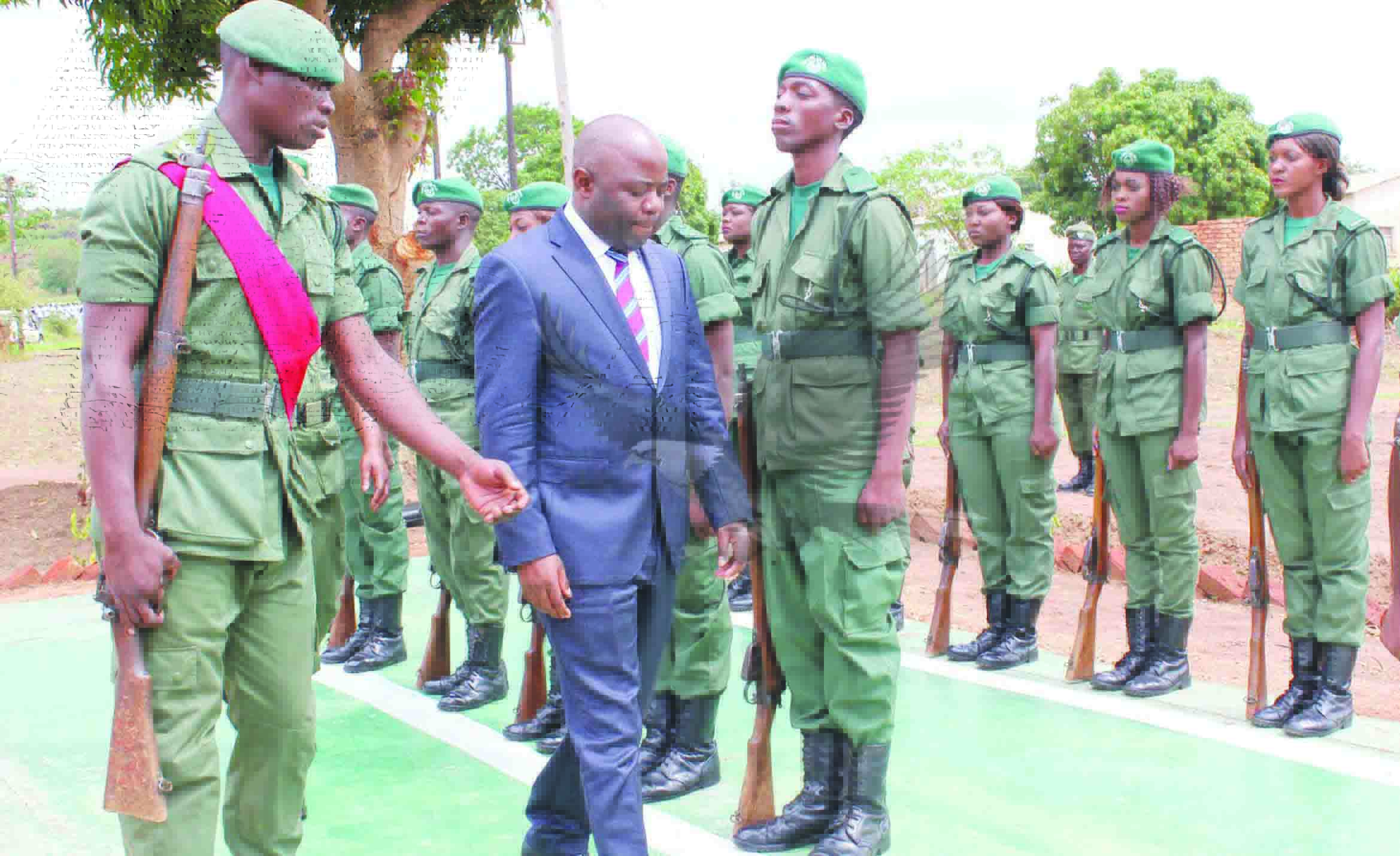 MINISTER of Home Affairs Stephen Kampyongo has made it clear that the promotion of police officers to higher ranks will now be based on one’s demonstration of high levels of discipline and acquisition of superior skills.
He also underscored the fact that police officers should exhibit exemplary performance of duties if they are to be promoted.
It goes without saying that officers who fail to exhibit exemplary skills will never see themselves getting to higher ranks.
The minister was speaking during the closing ceremony of a month-long senior commanders training course at Lilayi Training College in Lusaka.
We cannot agree more with Mr Kampyongo.
When an employee joins an institution, they expect to rise from one rank to the next and any promotion should be earned in a decent way.
The acquisition of superior skills, as stated by Mr Kampyongo, is indeed a decent way of earning a rise on the job.
Acquiring skills means an employee spends some of their time to improve on their qualifications and add to their knowledge through recognised institutions that at the end of it all will crystalise such efforts with an award of a certificate as a testimony.
It is a period that calls for hard work as one has to juggle between work and school but it is achievable and it is a practical trend that we see in our communities everyday.
And studies, in any case, call for sacrifice. One has to do away with, in some cases, family time to concentrate on their studies.
Zambia today has numerous opportunities for those who wish to upgrade their skills with the higher institutions of learning, which have increased in number.
While education may be expensive, it should be seen as an investment, as the minister has promised that only those who improve their qualifications will be promoted.
And we know that any promotion comes with better conditions.
The statement by the Minister should be a warning to all employees in the civil service that those who do not make any effort to upgrade their qualifications or are not disciplined do not deserve to be promoted.
Apart from higher qualifications, we also bear in mind that exemplary discipline can aid an employee to execute their duties well and any employer takes pride in a disciplined worker.
An employer knows that a disciplined and qualified employee will move a company to higher levels of productivity and ultimately, it is the nation that will benefit.
Conversely, indiscipline robs the nation of any positive benefits, leading to stagnated growth, either economically or otherwise.
It is sad, in some instances, to find employees who are only motivated to work because there is an immediate benefit for them.
Zambia, as a developing country, is ever in need of human resource to drive various aspects of the development agenda. It needs a cadre of employees that will bring about development for the benefit of the nation.
This, therefore, calls for employees to be more knowledgeable so that they can make a better contribution wherever they are placed to serve the nation.
We also urge employers to motivate their deserving employees and avoid creating disharmony among the ranks by favouring those who do not add much value to the organisation.
Employees should also be reminded that their contribution can be singled out if they apply themselves to their work. Zambia needs a cadre of employees who will serve the nation efficiently and with dedication.

Yes, parastatals can be money spinners
Varsities should stick to rulebook