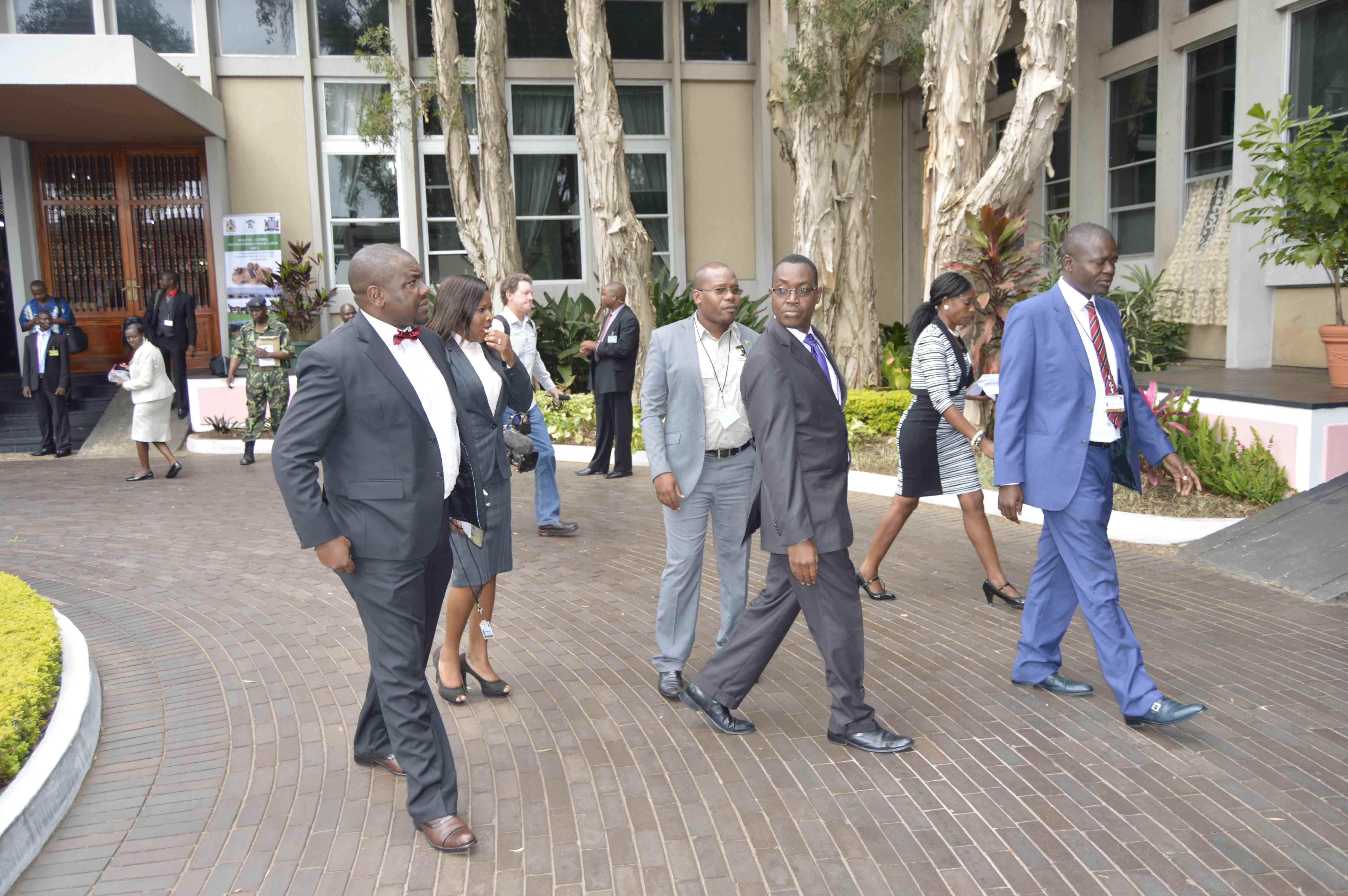 IT’S WILD with SAKABILO KALEMBWE
AS dusk slanted on Sunday, everyone seemed to have found some space to either sit or stand at Chileka Airport in Blantyre, Malawiâ€™s commercial capital.
President Lungu was to land at this facility on invitation from his Malawian counterpart Peter Mutharika to grace the occasion marking Malawiâ€™s 51st independence celebrations on Monday, July 6.
But this was just one of the reasons; the other was to be part of the official signing of the Malawi-Zambia Transfrontier Conservation Area (TFCA) treaty that was done on Tuesday at Sanjika Palace, one of that countryâ€™s two state houses.
But President Lungu was not the only one invited, Mozambiqueâ€™s former President Joachim Chissano, who is also Peace Parks Foundation Board deputy chairperson, had arrived much earlier.
So for that evening, the expected arrivals were those of President Lungu, Kenyaâ€™s Vice-President William Ruto and Zambiaâ€™s Minister of Tourism and Arts Jean Kapata.
The Zambia Wildlife Authority (ZAWA), being mandated with the responsibility to protect and manage the wildlife estate of the country, had every reason to be in Malawi much earlier as they, together with their Malawian counterparts from the Department of Wildlife, had a series of meetings and updates to present to their ministers ahead of the TFCA signing ceremony.
And because the treaty is an international instrument, it required clear interpretation and understanding and, hence, the need for solid legal minds of the likes of ZAWA acting director general Kampamba Kombe and acting legal counsel Misozi Ngulube.
Other notable faces present were those of former veterinary medicine lecturer and now consultant for Peace Parks Foundation and Ministry of Tourism and Arts Andrew Nambota, director for tourism Albert Muchanga and many other officials from ZAWA and the Ministry of Tourism and Arts.
Former Mazambican President Mr Chissano said something at the event and I think he was spot on.
â€œTalking conservation without considering funding is as good as mere conversation,â€ he said.
It is for this reason that various international stakeholders involved in wildlife conservation efforts such as representatives of the German governmentâ€™s KfW, World Wildlife Fund for Nature and Peace Parks Foundation were also invited for the event.
According to Peace Parks Foundation programme manager Paul Bewsher, the undertaking has a projected budget of US$40 million which is currently under a shortfall of US$ 8.5 million.
Professor Mutharika said the signing of the TFCA treaty would enable Zambia and Malawi uphold the principles of conservation.
â€œThis principle states that the right to utilise natural resources comes with the obligation of doing so in a responsible manner so as to safeguard the continued existence of natural resources for posterity,â€ he said.
Prof Mutharika said the signing of the treaty was a clear statement of intent and demonstration of the unwavering commitment of Malawi and Zambia to make the TFCA a programme that epitomises and showcases benefit sharing, equality, good governance, collaboration and cooperation.
And President Lungu expressed happiness that the treaty was being signed and hoped that it would help reduce cross-border wildlife crimes.
Mr Lungu said there was still a problem of encroaching on some national parks where the two countries share borders.
â€œI am aware of the problem in Kasungu National Park where some Zambians have decided to settle in the park on the Malawian side, and with the signing of this treaty, these people will be moved from the park as there is no law that allows them to settle there,â€ he said.
The President said the treaty will enhance eco-tourism and efficient management of border protected areas because the TFCA has the potential to promote cultural processes that are necessary for socio-economic development.
The treaty was signed just before midday on Tuesday amidst rounds of applauds.
In 2004, a memorandum of understand (MoU) to commerce the establishment of the Malawi-Zambia TFCA was signed.
The agreement listed a number of protected areas of different status covering up to 28,000 square kilometres for inclusion in the area.
The Nyika, Kasungu and Vwasa Marsh Wildlife Reserve in Malawi; the Nyika, Lukusuzi, Lundazi, Mitengi and Makutu National Forests as well as the Musalangu Game Management Area were included.
Zambia, by mutual consent with Malawi, later added North Luangwa at the TFCA, bringing the total area to 31,792 square kilometres.
Till next week, itâ€™s ciao!
The author is Zambia Wildlife Authority public relations officer.
Write to: Kalembwe.sakabilo@zawa.org.zm
Kzax2000@yahoo.co.uk