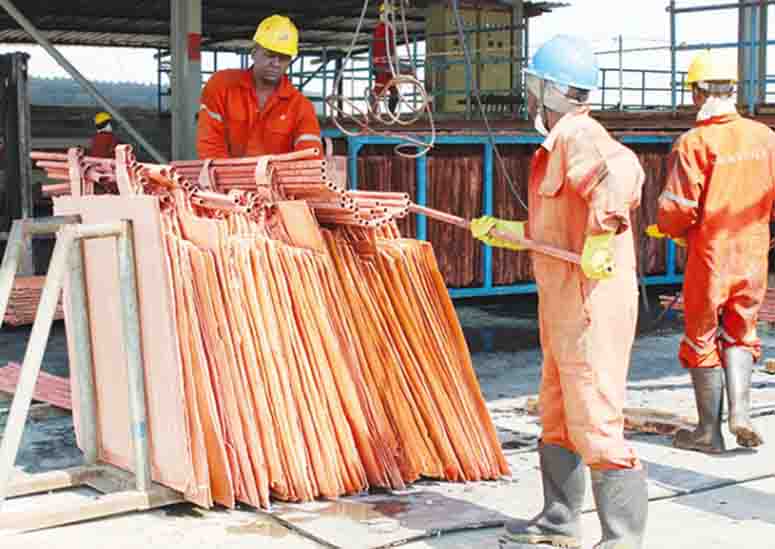 TRYNESS TEMBO, DARLINGTON MWENDABAI
Lusaka
IMPROVED copper price on the London Metal Exchange (LME) resulted in Zambia posting an increase in the export value of the metal to almost K8.2 billion last month.
This is an increase from K7 billion in April this year.
Copper, which is Zambia’s major export earner, has witnessed a rebound on the global market, increasing by 3.7 percent to US$5,233.8 from US$5,048.3 per tonne.
Data from the Zambia Statistics Agency (ZamStats) shows that the volumes of refined copper export in May increased by 11.6 percent to 82,287.2 tonnes in May from 73,717.3 tonnes in April.
“In terms of share in total exports, traditional exports accounted for 78.5 percent revenue earnings in May,” ZamStats statistician general Mulenga Musepa said at a press briefing on Thursday.
Similarly, non-traditional exports (NTEs) earnings increased by 20.1 percent to over K2.2 billion from about K1.8 billion due to a rise in the export of CLICK TO READ MORE