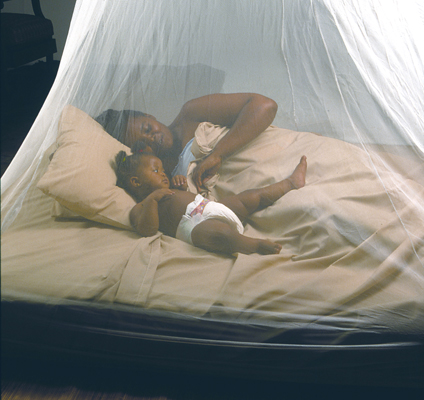 CHIMWEMWE MWALE, Lusaka
â€œWE ALREADY have the bullets required to eliminate malaria, we have the tools, itâ€™s a matter of going out there to do it and record malaria as history. We did it with polio and measles, we can do the same to malaria,â€ asserted Minister of Health Joseph Kasonde during the malaria round table meeting with stakeholders in Livingstone recently.
His enthusiasm reflects the resolve by government and cooperating partners to completely eliminate malaria through a strategy dubbed â€˜Moving from Accelerated Burden Reduction to Malaria Elimination: The Zambia 2015-2020 strategyâ€™.
The initiative is aimed at completely eradicating malaria in Zambia and possibly â€˜shoveâ€™ the lethal disease into the health archives.
The document complements the Zambia National Malaria Strategic Plan (NMSP 2011-2016) and focuses specifically on aspects of the elimination strategy.
During the development of the plan, Zambia committed to the ultimate goal of working towards eliminating malaria transmission to end disease burden in the country once and for all.
To amplify and build on progress over the past decade, Zambia has identified a step-by-step approach to establishing malaria-free zones and progressively expanding these zones until the disease has been eliminated at national level.
Dr Kasonde explained that the ultimate goal of the new strategy is to interrupt malaria transmission and eliminate the disease in a sustainable manner across the nation by 2020.
The time-bound malaria elimination strategy consists of operations aimed at halting local or countrywide transmission to clear up foci, reduce the number of locally acquired cases to zero and determine whether transmission has been interrupted.
Malaria is assumed to have been eliminated when an adequate surveillance system has not revealed any evidence of local transmission, in spite of continuous importation of cases.
The new strategy will build on existing coverage and accelerate to high coverage, proven malaria prevention and treatment interventions and expanding high-quality and timely information systems.
Other targets are phasing in new elimination interventions, initially focusing on a set of districts and their health facility catchment areas (HFCA) where current transmission and caseloads are very low and progressively reducing malaria transmission, deaths and illness in the catchment areas, districts and territories where elimination may take longer.
Others are ultimately interrupting transmission countrywide, documenting disease-free status and preventing the re-emergence of malaria transmission due to importation.
Dr Kasonde said the new strategy recognises that the task requires the deployment of additional intervention strategies to complement what is already being done, and that several interventions are being investigated in relation to their feasibility and effectiveness.
He said the work also entails increased resources and that government will seek to raise necessary funds locally and from external partners.
Dr Kasonde said the cost will largely be driven by how quickly elimination can be established in view of the ambitious goal within the five-year time frame.
â€œMalaria burden must be lowered before it is possible to investigate and treat every case. Premature application of the elimination approach would prohibitively be expensive and human resource intensive, thus a systematic phasing is necessary.
â€œPhasing should generally be applied to large areas and early identification of the geographic areas for each different phase will be required. Each phase will guide the approach and interventions to be used in the target area,â€ Dr Kasonde explained.
He said the elimination phase starts in areas where surveillance becomes a core intervention.
This means that health facility data should show a sufficiently low number of cases such that it is feasible to investigate each case while all infected people living close to the identified case can be treated and cleared of infection.
â€œThis happens where HFCAs are seeing fewer than two to three cases per week (maximum). Perhaps where malaria incidence is near or less than one infection per 1,000 people per year. In Zambia, different parts of the country are simultaneously at different phases, thus the country has opted to set interim targets by geographical area,â€ Dr Kasonde said.
He said the malaria elimination programme will be monitored and evaluated at regular intervals for compliance with the target and objectives to be achieved.
Dr Kasonde said progress on the path to malaria elimination in Zambia will be based on surveillance efforts and will be measured using multiple data sources.
Parameters will be established to monitor and evaluate all programme areas focusing on four key issues, among them monitoring operational aspects of the programme and measuring impact or process indicators to ensure activities yield desired results.
Others are monitoring changes in epidemiological indicators, appropriately interpreting results, revision of policies and strategies when needed to help ensure progress and documenting progress towards elimination.
According to the strategy, the roles of public, private and community level channels will be considered to achieve universal coverage with high-quality prevention and case management while assuring the quality of diagnostics and antimalarial medicines.
â€œThe role of directly observed treatment at least to start multi-day treatment regimens will stand as a principle for treatment clearance of infections. Chemoprophylaxis will become increasingly important for international travellers,â€ the strategy partly reads.
The ambitious plan underscores that requirements for the elimination phase surveillance, including the need for additional human resources and infrastructure in the periphery are essential through all phases.
It adds that a variety of measures to increase coverage and use of vector (mosquito) control will be deployed.
Government also intends to develop and validate special services and interventions where mobile and migrant populations are identified.
With the â€˜bulletsâ€™ and tools in hand, Zambia is geared to indelibly erase malaria from its development agenda.
Lessons from this ambitious exertion are envisaged to be widely applicable because they can be technically feasible anywhere in Africa once Zambia succeeds.