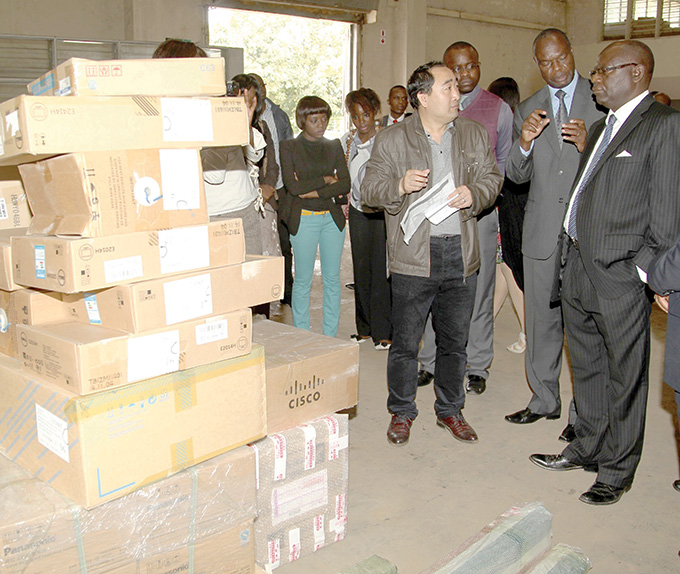 LINDA NYONDO & PRISCILLA MWILA, Lusaka
GOVERNMENT has received equipment worth US$9.5 million for the initial phase of the digital migration.
Speaking when he received the equipment, Ministry of Information and Broadcasting Services permanent secretary Godfrey Malama said the first phase of the digital migration will cover the line of rail.
He said the second and third phases will cater for provincial centres and far-flung rural outposts, respectively.
â€œWhat we have come to view here is equipment that will be used in the first phase of the process. The contract was awarded to Star Times Communication Network Technology Group and the programme is on schedule,â€ he said.
Mr Malama said the programme is under way and that people should ignore rumours that there will be â€œa blackoutâ€ in Zambia.
He said the project is expected to be completed by June this year, but that the deadline may change due to slight variations in the process.
Mr Malama, however, said he is confident that the contractor working on the project will stick to time.
And Zambia National Broadcasting Corporation director general Richard Mwanza said the delay in implementing digital migration in Zambia was due to the controversy that surrounded the awarding of the contract.
He also said Zambia is digital because it uses a digital satellite television (DST) which requires the public to pay.
Mr Mwanza said Zambia will now be using the digital terrestrial television (DTT), which is free.
â€œZambia is already digital because it uses DSTV for public consumption and people pay to have access to programmes. The only difference is that DTT will not require the public to pay. It will be free to air,â€ Mr Mwanza said.