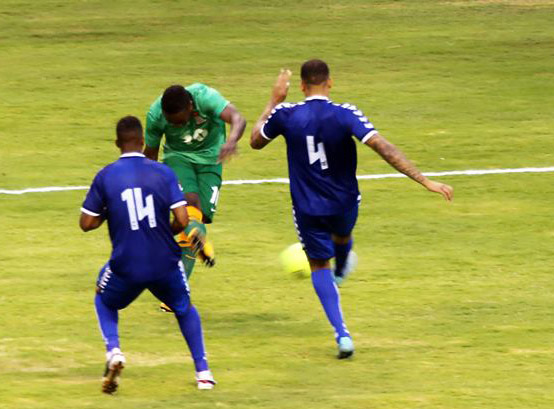 ROBINSON KUNDA, Lusaka
ZAMBIA will today know their opponents at next yearâ€™s Equatorial Guinea Africa Cup of Nations when the draws are conducted in the capital, Malabo.
Despite being placed in Pot One, Chipolopolo should expect a tough draw because most of the big names in African football are either in Pot Two and Four.
Zambia will, however, avoid other top-seeded teams like Ghana, Burkina Faso and hosts Equatorial Guinea.
Chipolopolo were handed top seed despite finishing runners-up in Group F to Cape Verde in the just-ended AfCON qualifiers because of their impressive performance during the last three editions.
Zambia reached the quarter finals of the 2010 edition in Angola before going on to win the 2012 Africa Cup of Nations, which was co-hosted by Gabon and Equatorial Guinea.
On the other hand, Burkina Faso are in Pot One by virtue of reaching the finals of the 2013 AfCON in South Africa where they lost to Nigeria while Ghana were eliminated in the semi-finals.
Equatorial Guinea have been seeded top because they are the host nation.
Chipolopolo can be drawn against Ivory Coast, Mali, Tunisia and Algeria who are in Pot Two and they will also pick one opponent from Pot Three which consists of Cape Verde, South Africa, Gabon and the Democratic Republic of Congo.
The other opponent will be drawn from Pot Four which has Cameroon, Senegal, Guinea and Congo Brazzaville.
Defending champions Nigeria will miss the tournament after failing to qualify for the continental showpiece.
The draws will be conducted at 20:00 hours Zambian time.
Pots:
Pot One: Equatorial Guinea, Ghana, Zambia, Burkina Faso
Pot Two: Ivory Coast, Tunisia, Mali, Algeria
Pot Three:Â  Cape Verde, South Africa, Gabon, Democratic Republic of Congo
Pot Four:Â  Senegal, Guinea, Congo, Cameroon