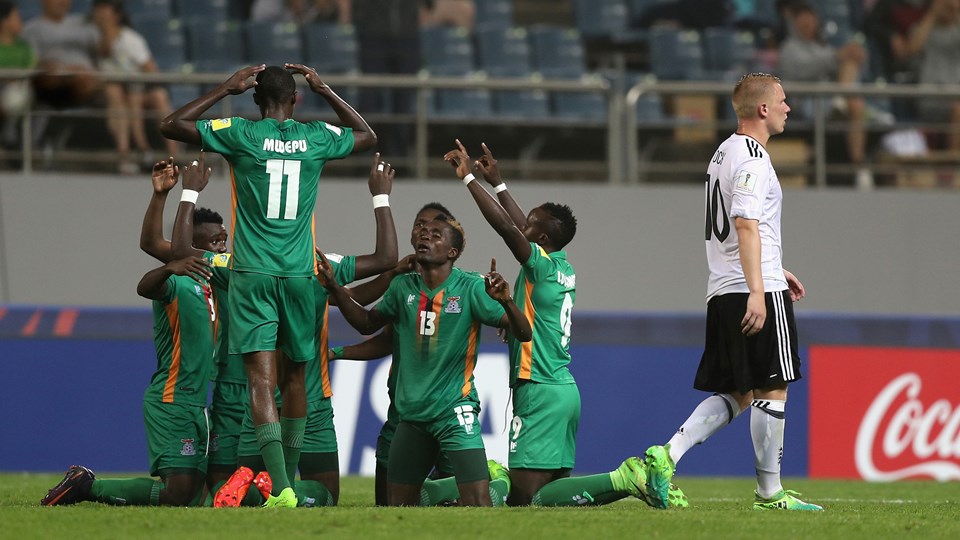 Vodi replaced Giuseppe Scalera in the 85th minute and 26 minutes later, he headed in substitute Federico Dimarco’s corner.
That was it, Zambia were eliminated and ten-man Italy advanced to the semi-finals.
Fashion said it is disappointing to exit at the World Cup at the quarter-final stage.
“I am very disappointed that we have lost but we will look to the future with determination. It is every player’s dream to make records and win trophies,” he said.
Fashion said Italy were not strong and that losing to the Europeans is disappointing.
He is happy that he netted four times at the World Cup although it was not enough to take Zambia to the semi-finals.
Chambeshi said the players will rise from the defeat.
“This is a working team, the players are winners, and they are African champions and have passed through this [defeat]. As a coach and father, I will handle the defeat and motivate them. The team believes in Christ that it was not our day and we have accepted the defeat,’’ Chambeshi said at a press briefing.
He said the injury sustained by play-maker Enock Mwepu was a setback.
“’ Mwepu is a play-maker who can win you a game. His injury affected the team. Let’s hope his injury is not serious. We lost a player and we had to go without him,” Chambeshi said.
He said his charges put up a good performance but were not equal to the task on set pieces.
Chambeshi also said Italy defended in numbers after defender Giuseppe Pezzella was shown a red card in the first half.
He said his players created several scoring opportunities but could not utilise them.
Italy coach Alberico Evani praised his charges for the victory.
“Zambia played well and we suffered in the first 20 minutes. After 20 minutes, we played better and we got the energy and for the first time we have qualified for the semi-finals,” Evani said.
He said it was not easy facing Zambia with ten players.
Evani, a former Italy midfielder, got revenge for the 4-0 defeat to Zambia in the group stage at the 1988 Seoul Olympics.
Zambia striker Patson Daka scored in the fourth minute.
Midfielder Emmanuel Banda collected a loose ball and laid for Daka, who lobbed goalkeeper Andre Zaccagno.
Italy equalised through Riccardo Orsolini who headed in Giuseppe Panico’s cross beating Zambia goalkeeper Mangani Banda on 50 minutes.
Fashion put Zambia in front with a thunderbolt from Edward Chilufya pass on 83 minutes.
The Italians restored parity with a Dimarco classic free-kick in the 86th minute.
Vido headed in Dimarco’s corner on 111 minutes.
Zambia suffered a setback on six minutes when Mwepu collided with Matteo Pessina.
Mwepu managed to soldier on but felt uncomfortable and was replaced by defender Muchindu Muchindu.
Zaccagno parried for a corner Emmanuel’s cracker from a free-kick in the 13th minute.
Chilufya was fouled by Francesco Cassata outside the box.
Italy striker Andrea Favilli’s header missed the target with goalkeeper Mangani at his mercy on 21 minutes.
Two minutes later, Zambia caught Italy on a counter attack with Daka beating a defender but pushed the ball too much and Filippo Romagna thwarted the danger.
Orsolini, who gave Prosper Chiluya a torrid time, shot straight at Mangani in the 25th minute.
Muchindu replaced injured Mwepu on 27 minutes.
In the 40th minute, the young Chipolopolo caught Italy on a counter attack.
Emmanuel laid the ball to Chilufya, who outpaced Pezzella and beat Zaccagno.
Ecuadorian referee Roddu Zambrano adjudged Zaccagno to have fouled Chilufya.
The Italians protested to Zambrano and video assistant referees Mauro Vigliano and Carlos Astroza overruled the referee, who awarded a free-kick outside the box.
Pezzella was sent for an early shower.
Evani reacted by withdrawing Cassata for Dimarco in the 42nd minute.
Orsolini headed in Panico’s cross beating Mangani on 50 minutes.
Fashion’s thunderbolt was parried by Zaccagno and Daka’s goal was ruled offside in the 56th minute.
Zaccagno parried Boyd Musonda’s scorcher for a corner in the 58th minute as Zambia pressed on the pedal.
Fashion made a solo run from the centre but his final effort was blocked by Zaccagno in the 65th minute.
Muchindu’s drive zoomed past the cross-bar on 70 minutes after Fashion put him through.
Zambia introduced Harrison Chisala for Emmanuel in the 75th minute.
Mangani came to Zambia’s rescue saving Panico’s shot in the 78th minute.
Midfielder Kenneth Kalunga replaced Musonda on 82 minutes.
Fashion put Zambia in front in the 83rd minute and, three minutes later Dimarco levelled.
In the first minute of extra time, Fashion failed to tap in Kalunga’s cross.
Chisala missed the net by some inches after good work by Fashion on 106 minutes.
Five minutes later, Vido ended Zambia’s journey in the World Cup.