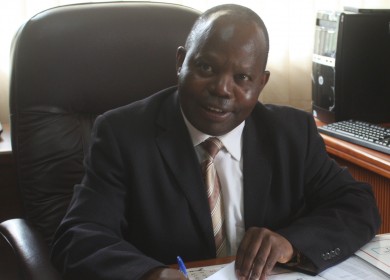 TRYNESS TEMBO, Lusaka
ZAMBIA recorded a trade surplus valued at K410.6 million in July after about two years of being in deficits as the inflation rate dropped further to 6.3 percent.

The trade surplus entails that the country exported more than it imported in July.
Central Statistical Office (CSO) attributes the increase to the improved copper price on the London Metal Exchange (LME) trading at US$6,808.50 a tonne and increased production by the mines.
CSO director of census and statistics John Kalumbi said Zambia’s copper exports significantly increased from 81,489 tonnes in June to 94,851tonnes in July.
Speaking at a CSO monthly briefing, Mr Kalumbi said the positive trend has also been boosted by copper prices, which went up from US$5,699 per tonnes in June to US$5,978 in July, representing a 4.9 percent rise.
“Since copper accounts for the largest weight/proportion of traditional exports, any change in the volume and price has a direct bearing on the performance of traditional exports.
“In July 2017, Zambia recorded a trade surplus valued at K410.6 million from a trade deficit of K335.7 million recorded in June 2917. This represents a 222.3 percent increase in the trade balance,” he said.
Mr Kalumbi said there was an increase in the total value of metal exports from about K4.4 billion in June to over K5.3 billion in July, translating into a 21.2 percent rise while total exports earnings were up by 76.8 percent to K6.69 billion.
Annual inflation, the rate has declined from 6.6 percent to 6.3 percent due to a reduction in the price of various food and non-food items.
Of the 6.3 percent, food and non-alcoholic beverages accounted for 2.7 percent while non-food items accounted for 3.6 percent.
“Year-on-year inflation rate as measured by the consumer price index for August reduced to 6.3 percent compared to 6.6 percent recorded in July,” Mr Kalumbi said.
He attributed the annual food inflation rate decrease from 5.3 percent to 5.1 percent to price changes for bread, cereals, meat, table salt and mushrooms.
Similarly, non-food items inflation dropped by 0.4 percentage point to 7.7 percent due to a reduction in the price of diesel and petrol as well as car battery and motor cars.