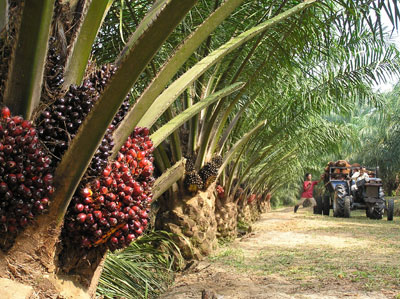 By NKOLE MULAMBIA
ZAMBIA has the potential to be self-sufficient in cooking oil in the next 10 years following massive investment in a multi-million dollar palm oil plantation in Mpika by Zambeef Products plc.
The firm has spent US$16 million (over K100 million) on the ZamPalm project to date and expects to create up to 2,000 new jobs as harvesting begins in the coming season.
Zambeef chief executive officer Francis Grogan said the development in the district is expected to remove the need for the nation to import cooking oil from other countries, which could save over US$50 million a year in foreign exchange expenditure.
â€œWe are confident that the new ZamPalm project will transform the outlook of Zambiaâ€™s edible oils industry and have a significant impact in helping to reduce the drain on the countryâ€™s balance of payments caused by the current import of oil from abroad,â€ he said in a statement availed to the Zambia Daily Mail in Lusaka yesterday.
Mr Grogan said the project is due to start production at the end of this year, with an initial 1,400 tonnes of crude palm oil in the first season, increasing to 50,000 metric tonnes by 2020.
The output is based on the current cultivated plantation size of 326,000 palms planted on 2,132 hectares, which is expected to increase dramatically as the company develops the full 20,100 hectares of the plantation in coming years.
Currently, some 108,000 palm seedlings are in the main and pre-nurseries with the intention to plant another 700 hectares in 2015, taking the total plantation to 2,832 hectares, and construct a crushing mill.
Mr Grogan said the first mill will be established in 2014/15, with an additional mill to be added in 2017.
He said while the firm has spent US$16 million (more than K100 million) on the ZamPalm project to date, it expects the division to make a profit in 2020.
In addition to ensuring that Zambia is self-sufficient in cooking oil, the project will also benefit the country by providing employment and associated development in the remote Chinama chiefdom of Chief Kopa of the Bisa people in Muchinga Province.
Mr Grogan said the project currently employs 120 permanent staff and up to 400 casuals in the planting season, with up to 2,000 new jobs predicted as harvesting begins in the coming season.
The firm has also conducted considerable research into the agricultural side of the ZamPalm project as well as its business case and environmental impact.
He, however, said challenges include the remoteness of the plantation, and its associated inaccessibility, lack of amenities such as electricity, and the large investment required before productivity comes on stream.
In 2009, Zambeef Products set up the ZamPalm project to complement its Zamanita edible oils operations, knowing that Zambia consumes around 90,000 metric tonnes of cooking oil per year yet only produces around 25,000 metric tonnes from soybeans, with the shortfall being imported. 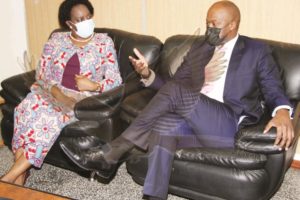