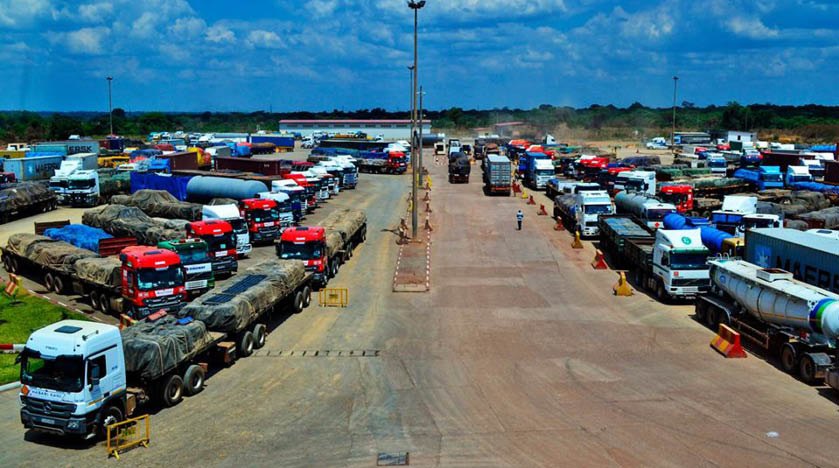 ESTHER MSETEKA, Lusaka
THE Democratic Republic of Congo (DRC) is a major market for various products in the Common Market for Eastern and Southern Africa (COMESA) region with enormous potential of increasing exports for Zambian companies.
With a population of over 68 million people, the DRC provides the largest consumer market for Zambian products with minimal transport costs compared t other countries in the region.
Latest data from Central Statistical Office shows that DRC still continues to dominate export market shares in dual Southern African Development Community (SADC) and COMESA.
For April, DRC contributed 78.9 percent in total market shares valued at K654.8 million.
However, despite being Zambia’s strategic trading partner, trade between the two countries has been characterised with imbalances.
This is the reason, Minister of Commerce, Trade and Industry Christopher Yaluma feels the need for Zambia and DRC to urgently address all impediments to increased trade volumes between the two countries.
Currently, Zambia and DRC are in the process of implementing the COMESA simplified trade regime for small-scale traders and the establishment of the one-stop-border post at Kasumbalesa.
Mr Yaluma says it is Zambia’s goal to enhance economic and trade engagement with the DRC and other countries for the benefit of the citizens.
“Between 2012 and 2017, Zambia’s exports to DRC were less compared to imports into the country, showing an overall negative trade balance of US$ 2.73 billion.
“Despite trade imbalances, which are due to the importation of ores, slag, ash as well as copper from DRC, Zambia still considers the DRC as the largest market for its non-traditional exports (NTEs),” he said.
It is indeed, Zambia’s wish to witness enhanced trade between the two countries, especially in key economic sectors such as agriculture, construction, manufacturing, energy and tourism among others.
This is in line with Government’s development goals as outlined in the Seventh National Development Plan (7NDP) at aimed improving socio-economic welfare of citizens.
The 7NDP is a policy document that outlines Government’s developmental outcomes as well as implementation strategies.
Although, Zambia and DRC could be facing some hitches in increasing trade volumes, there is still hope for improvement owing to the sound bilateral relations that the two countries enjoy.
Last year, Zambia recorded in excess of US$535 million in export of various goods to the DRC, translating into over US$106 million increase.
“The country recorded an increase in imports of about US$816 million from US$988 million in 2016 to US$1.8 billion last year,” Mr Yaluma noted.
He explained that the positive figures are as a result of improved areas of business cooperation between the two countries.
The major Zambian products exported to DRC include sugar and sugar confectionary, salt, sulphur, lime and cement, plastics and plastic articles, inorganic chemicals, precious metal compounds and milling products among others.
Mr Yaluma says the Zambian government will continue to explore for more trade opportunities with the DRC with potential to trigger economic growth for the benefit of citizens.
Therefore, helping in bringing the informal trade into formal trade through infrastructure development is critical for the Kasumbalesa border post that handles international traffic to and from sea ports involving Mozambique, Namibia, Tanzania and South Africa.
And Zambia Revenue Authority (ZRA) representative Alfred Phiri is of the view that increased traffic volumes at the facility cannot be absorbed by the current infrastructure.
Speaking at a joint workshop for the Kasumbalesa trade facilitation project organised by GIZ of Germany, experts from revenue authorities, bureau of standards and immigration from both Zambia and DRC recently, Mr Phiri said about 900 trucks passes through the border everyday.
“This poses a challenge and it affects how we operate. We need improved infrastructure and a boost in security.
“There are also no physical barriers to lessen smuggling and other illegal activities, and people walk in or out through the porous border points,” Mr Phiri said.
It is estimated that on average, clearance procedures take 24 hours with waiting times of up to 118 hours recorded, resulting in both excessive transport costs and quality losses for perishable goods.
Echoing similar sentiments, Katanga Provincial Minister of Economy, Commerce and Transport Tambwe Asamba said over 4,000 Congolese cross into Zambia on a daily basis.
“But we need to address the delays in issuance of passes since people spend a lot of time to have them stamped.
“The infrastructure was designed for 250 trucks for both imports and exports but it cannot support the current increased volumes,” he noted.
It is important to acknowledge that the streamlining of business and regulatory processes is key in increasing trade volumes between countries.
Therefore, there is no doubt that the Kasumbalesa border post is critical not only to Zambia but to DRC and the entire region.
Encouragingly, the two governments are determined to address the many challenges of infrastructure, border processes and procedures, coordination and security that hamper balanced trade.