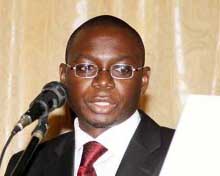 CHALI MULENGA, Livingstone
THE 15th session of the Zambia-Botswana Joint Permanent Commission (JPC) has resolved to include new areas of bilateral cooperation such as gender and child development.
The JPC has further agreed to include wildlife and simplified trade regimes in the bilateral cooperation.
The resolutions were read out by Ministry of Foreign Affairs permanent secretary Chalwe Lombe on Thursday at the close of the meeting at David Livingstone Hotel in Livingstone.
Mr Lombe said the two countries have also agreed to initiate a memorandum of understanding (MoU) on diplomatic consultations, which will encompass mid-term review meetings aimed at monitoring and evaluating implementation of the resolutions of the JPC sessions.
â€œThe commission also agreed that the follow up mechanism should include quarterly meetings between diplomatic missions and respective ministries of foreign affairs of the two sides, with a view to fast track the implementation of the agreed commitments,â€ Mr Lombe said.
He added that the JPC has set a time-line on the implementation of the agreed areas of cooperation.
Minister of Foreign Affairs Harry Kalaba is optimistic the meeting has re-invigorated bilateral relations of the two countries.
Mr Kalaba commended the commission for coming up with a mid-term review mechanism which will be used to monitor the implementing of the agreed areas of cooperation.
â€œThe time-frame will enable us accelerate the implementation of the agreed measures in a coordinated and efficient manner.
â€œIt is therefore important for our respective sectors to adhere to the time-frame for implementing agreed measures,â€Mr Kalaba said.
Botswana Minister of Foreign Affairs and International Cooperation Pelonomi Venson Moitoi said the outstanding agreements between the two countries should be finalised.
â€œI believe that the decisions we have taken today will be met with the equivalent strength and momentum necessary to drive the implementation process,â€ she said.