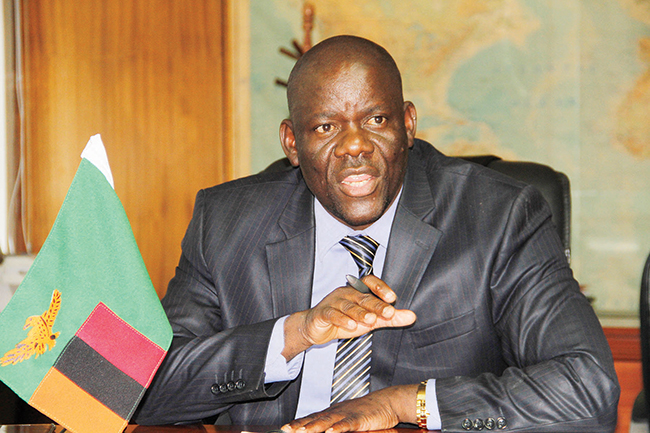 Mr Mwila said despite efforts by neo-colonialists and their agents to undermine Zambia’s sovereignty, the country has remained unshaken.
He said this when he addressed the BRICS (Brazil, Russia, India, China and South Africa) 2017 conference for political parties, think tanks and civil society organisations in Fuzhuo, China.
“Political parties must educate, listen and work with their people across BRICS countries to leverage economic opportunities that come with greater co-operation,” Mr Mwila said.
This is according to a statement issued yesterday by PF media director Sunday Chanda.
Mr Mwila commended the Communist Party of China (CPC) for taking progressive steps in forging relations and facilitating dialogue among respective players.
He said the PF appreciates the support that the Chinese government has rendered to Government in fulfilling some of its campaign promises.
Mr Mwila said political parties have a duty to lead the people in the constructive work of development
The conference has brought together 37 political parties from BRICS and other developing countries.
Welcoming the attendants, minister in charge of the International Department, CPC central committee, Song Tao, said political parties, think tanks and CSOs are three basic political and social formations playing an increasingly important role in the domestic and foreign policies of any country as well as in international relations.
Mr Song reaffirmed Chinese President Xi Jinping’s message that the rise of emerging markets and developing countries as a group constitutes one of the most profound changes in contemporary international relations.
“There is need for BRICS countries to step up exchanges and co-operation with other emerging markets and developing countries to turn challenges into opportunities and pressure into impetus in ensuring the correct orientation of globalisation and promoting the reform of the global governance system,” he said.