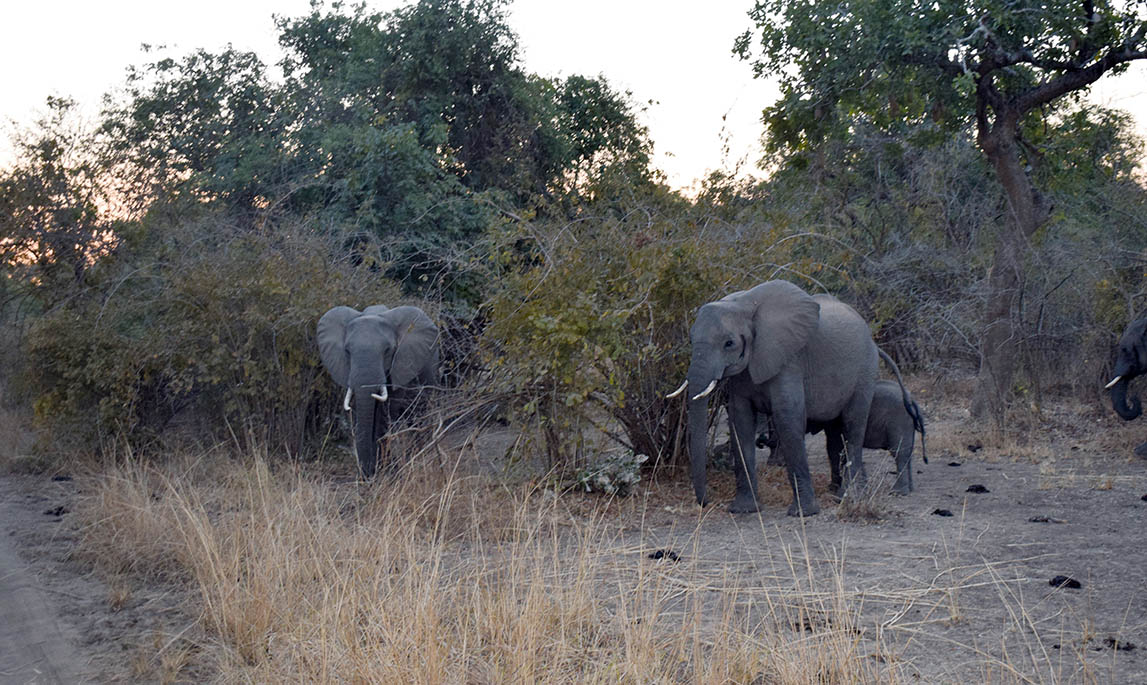 SOME of the elephants in South Luangwa National Park. PICTURE: SAKABILO KALEMBWE

LAST Friday, African Parks and Government signed a US$20 million 20-year agreement in efforts to protect flora and fauna and the landscape of Kafue National Park through effective management of the wildlife sanctuary. The agreement seeks to deliver greater investment in the management of Zambia’s largest national park – covering 22,400 square kilometres – to realise its value in biodiversity and socio-economic development. During the signing of the agreement, Ministry of Tourism Permanent Secretary Evans Muhanga underscored the importance Government attaches to supporting the project. “Following nearly two decades of collaborating with African Parks, the Government of Zambia is confident that this partnership will protect Kafue’s valuable landscape for the benefit of the country,” Mr Muhanga said. Indeed the agreement is good news because Zambia stands to benefit more from the national park, which enables the country to earn foreign exchange from game-viewing and accommodation charges on local and international tourists. Established in the 1950s by Norman Carr, an influential British-Rhodesian conservationist, Kafue National Park is home to 152 different species of mammals, including around 500 lions. For many years, the park has been ransacked by poachers of wild animal and other people who destroy its habitat through indiscriminate cutting down of trees for charcoal production and other income generation activities.
So, the deal with African Parks to start managing Kafue National Park could not have come at a better time than now when Zambia eagerly needs to conserve the ecosystem and save endangered wildlife species from extinction. We are confident that African Parks is equal to the task of managing the national park to expectations of Government and Zambians at large.
Already running Sioma Ngwezi National Park in Western Province, we are of the firm belief that African Parks will save wildlife from obliteration and curb environmental degradation in Kafue National Park. African Parks is massively experienced and has a good track record of effective management of game reserves and currently manages 19 national parks and protected areas, covering 14.8 million hectares in 11 African countries. The 19 national parks and protected areas are in Angola, Benin, Central African Republic, Chad, Democratic Republic of Congo, Malawi, Mozambique, Congo Brazzaville, Rwanda, Zambia, and Zimbabwe. Zambians expect nothing less from African Parks than proper management of Kafue National Park in terms of protecting its flora and fauna, building more tourism support infrastructure and giving a new look to existing access roads, plus other structures. Kafue National Park has a large range of antelopes, such as puku, sitatunga, red lechwe, blue duiker, yellow-backed duiker, grysbok, oribi, impala, roan antelope, sable antelope, and hartebeest. Elephants are also a common sight in this reservoir. Other carnivores in the park include Selous’s mongoose, white-tailed mongoose, marsh mongoose, civet, honey badger, otters, serval, caracal, and African wild cats. Snaking through the park is Kafue River, which, together with its tributaries, is home to pods of hippopotami and a few of the largest crocodiles in southern Africa. Since 2005, Kafue National Park has been considered a lion ‘conservation unit’, together with South Luangwa National Park. Cheetahs, which are not common anywhere, can be found throughout Kafue National Park. These are some of the natural endowments of Kafue National Park and we hope and trust that African Parks will endeavour to preserve the protected area from destructive activities.

Farmers should diversify by growing cassava