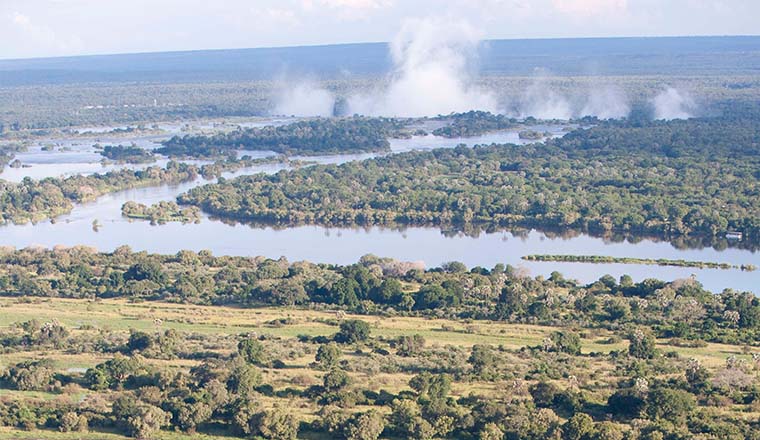 THE Council of Ministers (COM) of the Zambezi River Authority (ZRA) met yesterday for their 32nd session in Victoria Falls town in Zimbabwe at Elephant Hills Resort.
The aim of the meeting was to advance the policy direction of the ZRA and the utilisation of the Zambezi River.
The meeting resolved that traffic at Kariba Dam should be regulated to ensure that the axle loading of the vehicles does not exceed the required weight limits to ensure safety of the dam wall.
This is contained in a communiquÃ© signed by ZRA COM chairperson, who is Zambiaâ€™s Minister of Mines, Energy and Water Development, Christopher Yaluma.
Zimbabweâ€™s Minister of Energy and Power Development Samuel Undenge was among the signatories of the communique.
It was also reaffirmed that development of the Batoka Hydro Electric Scheme for the enhancement of power generation capacity in the two countries should go ahead.
The meeting resolved to recognise the role that the Zambezi Valley Development Fund continues to play in improving the livelihoods of the displaced communities around the dam as evidenced by the 19 projects completed by the fund since 1997 .
The meeting subsequently approved a budget of US$1 million allocated to ZRA project activities this year.
Earlier during a press briefing, shortly after a closed-door meeting, Mr Yaluma said Zambia and Zimbabwe shall remain committed to their bilateral co-operation in the development of ZRA projects.
Mr Yaluma said ZRA projects such as the rehabilitation of the Kariba Dam should become a reality, adding that as it is now, the dam is a disaster to the entire southern region.
He said though the US$294.2 million meant for the Kariba Dam rehabilitation project is on paper, the project is expected to commence in September this year while the Batoka Hydro Electric Scheme project is earmarked for commencement in January 2016 to 2021.
And the outgoing ZRA COM chairperson, who is Zimbabweâ€™s Minister of Energy and Power Development, Dr Undenge, said ZRA has entered an exciting period focusing on the Batoka Hydro Electric Scheme whose feasibility studies are ongoing and are scheduled to be completed in July this year.
Dr Undenge did not disclose the approximate amount expected to go towards the Batoka Hydro Electric Scheme but just said only US$6 million from the World Bank was released for the feasibility study.
ZRA is mandated to harness and manage the Zambezi River waters for socio-economic development and to maintain the Kariba Dam complex including any future dams or infrastructure on the river forming a common border between the two countries.
ZANIS