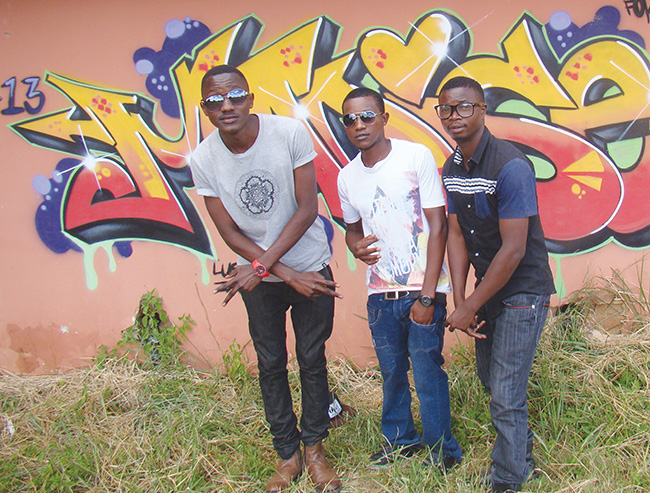 UNTOLD PROFILES with FELIX NYAMBE
THEIR union dates back several years ago when they were at Parklands High School in Chilanga. But today, Zam-Rock and 2Lives have been reunited for another cause.
Led by one of musicâ€™s most conscious reggae and dancehall trendsetters, Martin Kombats, Zam-Rockâ€™s union with the Afro-Pop outfits have birthed, arguably, one of the finest outfits.
Before their union was cemented, Martin Kombats (Martin Mushinge) performed as a solo artiste, producing such hits as My Light and Life mu Ghetto.
â€œ2Lives is a new phenomenon on the local music scene and has since been signed under Zam-Rock, co-owned by Nkosana Skyman,â€ revealed Kombats, 26.
Inspired by the latest revelations, the trio of Cleo V (Mathews Chanda), Jay Dealer (John Maikabo) and Skystar Kaswili (Mathews Chilenge), collectively known as 2Lives, has been buoyed.
â€œWe are excited by this development and we are looking forward to producing more musical chart busters,â€ said Cleo V, 23.
Jay Dealer, 24, added: â€œItâ€™s a dream come true to work with professional outfits such as Zam-Rock, and soon we should be rocking the world.â€
For Skystar, it is the beginning of his musical dream and he hopes to produce some contemporary and conscious music, which is currently missing among the new crop of young musicians.
So many fairy-tales of artistes getting together in high school and universities have been recorded both locally and internationally in the likes of Nasty D, 2wice and Ballad Zulu.
The Commodores in the United States, led by balladeer Lionel Richie, and Democratic Republic of Congoâ€™s Didier Masela, the brain-child of the once incomparable Wenge Musica BCBG (Bon Chic Bon Genre), all met on campus grounds.
Inspired by such unions, 2Lives and Kombats have embarked on a musical crusade that hopes to make a difference in society through their conscious music.
Although Kombatsâ€™ musical stints all began in the â€™90s as he would â€˜sneakâ€™ out of class to watch one of his mentors, Nasty D, live on stage, 2Lives are catching up with the whole buzz.
â€œI hope to impact my musical experience in 2Lives and Zam-Rock because there is a lot that we can achieve as a formidable group,â€ Kombats observed.
For Cleo V and Skystar, both current students at the Copperbelt Univeristy (CBU) studying mining engineering and Bachelor of Arts, respectively, music is their life.
â€œSince I come from a background of music, having begun singing in the Seventh-day Adventist (SDA) church coupled with acting stints at school, I have combined the two to excel in my music career,â€ Cleo V, who is inspired by the music of R Kelly and late P Jay, said.
Skystar also revealed: â€œI grew up listening to a lot of Daddy Zemus and Nasâ€™ music, so I guess I would like to take that direction – dancehall and hip-hop.â€
Jay Dealer does not mince his words when he contends that the music performed by Jay Cole, slain rapper Tupac Amaru Shakur and our own Macky II lights up his world.
Three years ago, 2Livesâ€™ music took a clearer dimension as it debuted on the local musical charts with their Mixed Tape, which contained such revealing songs as Navutika.
With this (Navutika) gender-based song doing some pretty good rounds on the airwaves, music freaks were soon treated to their follow-up songs such as Swag Yamagalu.
â€œWe also collaborated with Ile Boy on the song Tabakwana, while Baska Baska produced our other song titled Anyoko,â€ Cleo V said.
The Mixed Tape, which was produced by the reputable Noise Makers Nation Records, also featured the likes of FTL, Choice and the candid diva, J Candy.
But under Zam-Rock, 2lives and Kombats have been revelling in success following the release of their liked songs such as Bend Over produced by Quincy Wizy at G Show Records.
Their other GBV-inspired song of Kashindabelo, Nayo Nayo, Sina Bema Ganja, the love-sauced Bana Maria, Bluetooth and Sipirile have also been recorded along with the video Bend Over.
Over the last 12 months, Zam-Rock and 2Lives have been consistent with their live gigs with their memorable one being their curtain-raising bash for late P Jay at CBU last December.
â€œIt is quite unbelievable that he [P Jay] is no more because we were the last guys to have shared the stage with him during his show at the CBU,â€ moaned Cleo V.
Munda Wanga Botanical Gardens, the Longridge and Club 365, all situated in Chilanga, have all had a feel of the Zam-Rock/2Lives magic.
fmmusik@yahoo.co.uk, 0979360993/0964873656 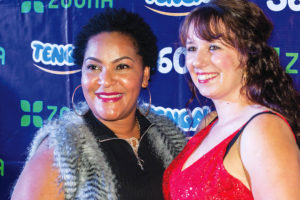