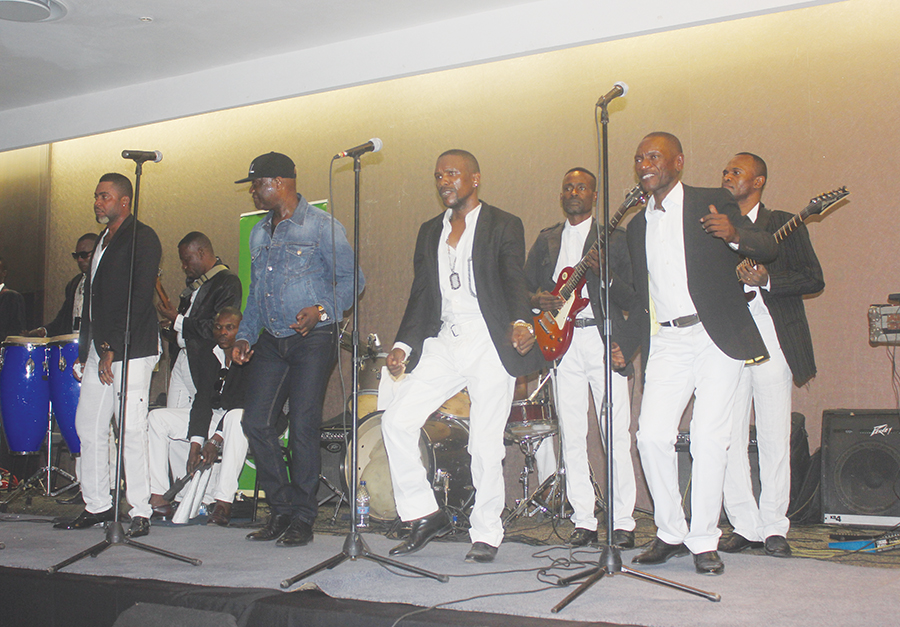 By FELIX NYAMBE
THE performing deal for the much anticipated tour of Congo DRâ€™s self-styled Kings of Vimba Ngwasuma music and dance, Zaiko Langa Langa, has been signed, sealed and delivered.
Afrikana International, the promoters of the three shows in Lusaka and Livingstone, confirmed through music promoter, Suke Chile, that the Nkolomboka hit makers arrive in the country on September 3.
Chile, confirmed the tour of Zaiko Langa Langa, decorated with the â€˜Best Band and Danceâ€™ (Vimba Ngwasuma) accolade of 2013 in Congo DR.
Led by the inspirational and usually incomparable rhumba mogul, Nâ€™yoka Longo, the huge ensemble has a date with some mature revellers at Intercontinental Hotel on September 5.
With entry charges pegged at K250, rhumba lovers will be flocking to the five-star venue, knowing they will be treated to some more mature rhumba music. The band was last there two years ago.
Boasting of having discovered and nurtured some of rhumba musicâ€™s most established recording ad performing artistes such as Papa Wemba and General Defao, Zaiko goes to Livingstone on September 6.
The 30-plus member ensemble is expected to perform at Limpos Restaurant in the heart of the tourist capital Livingstone, alongside the famous Makhirikhiri Cultural group.
Now, that will be a mouth-watering bash considering that they will be some cultural exchange involving Congo DRâ€™S Zaiko Langa Langa, Makhirikhiri from Botswana and Zambian artistes. The show has been pegged at K50.
Promoters of the Zamtel-powered shows have also indicated that there will be some Zambian artistes who will provide some â€˜Zed-pepperedâ€™ music at the arena.
On September 7, it will be a double bash at Chez Ntemba in Kabulonga, with plenty of Chisa Nyama, as Nâ€™yoka Longo, will also be celebrating his birthday.
Zaiko Langa Langa, who comes barely a month after another Congo DR rhumba maestro Koffi Olomide visited the country, brings to his Zambian fans a top charting album titled Petite Ya Quartier.