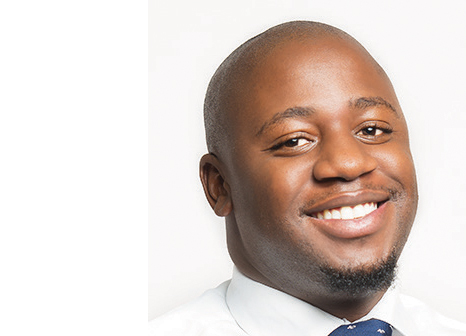 Analysis: KALIKEKA MBEWE
THE Zambia Forestry and Forest Industries Corporation (ZAFFICO) in 2018 declared its intentions to list on the Lusaka Securities Exchange (LuSE).
This followed a directive by President Edgar Lungu to have state-owned enterprises (SOEs) listed on the stock market.
Following this directive, ZAFFICO and Zambia State Insurance Corporation (ZSIC) Life Limited have been earmarked for listing as announced in the 2019 budget. This was also in line with the 2018 budget speech that emphasised the need to use the stock market as one possible option for SOEs that needed capitalisation.
Furthermore, Minister of Finance Margaret Mwanakatwe informed Parliament that the shares will be floated for public exchange once all relevant procedures are completed with the Industrial Development Corporation (IDC).
ZAFFICO reportedly diversified its business portfolio by acquiring Kawambwa Tea Estate in 2016 and has also extended to cashew nut growing in Western Province. Given its entry into uncharted waters, the company now needs new capital to support the expansion.
The authorities believed that raising the capital through an initial public offering (IPO) on the LuSE would be ideal as a relatively cheaper form of term financing.
The IDC proposed to hold 60 percent of the shareholding, while five percent will be offered to the employees of ZAFFICO, and 45 percent will be floated to the general public. The authorities seemingly preferred to list ZAFICCO on the LuSE because traditional sources of capital are very expensive in Zambia. For example, prevailing commercial banks and other lending institutions’ interest rates average above 25 percent, way above other countries in the region such as South Africa at about 11 percent.
Additionally, listing ZAFFICO on the stock market will make it liable to public disclosure, making the corporation’s information easily accessible to the general public. Public disclosure will be made possible through the release of audited statements, dividends announcements, and the holding of annual general meetings required from listed companies.
The added level of accountability and transparency resulting from the listing can also create incentives for the corporation to improve performance, which in turn is likely to generate returns for shareholders. Moreover, the performance of companies listed on the stock market is closely monitored, because the shareholders install a board of directors which in turn installs a professional management team. Through this corporate governance structure, ZAFFICO management would be restrained from performing contrary to the wishes of shareholders.
Furthermore, the listing of ZAFFICO will give citizens the opportunity to directly co-own the asset and derive dividends from it. The co-ownership, which comes as a result of participating on the LuSE and holding shares, is crucial for citizen empowerment, beneficiation and growing a middle-class population.
It is also important to realise that ZAFFICO will not be the first SOE to be listed on the stock market. Other SOEs such as ZANACO and ZCCM-IH have been listed on the LuSE. For example, in 2008, ZANACO listed on the stock market with 49 percent of its shareholding acquired by Rabobank of the Netherlands, and this was followed by a financial improvement in 2010 where Government received a cheque of K8 million in dividends. The dividends have continued to date as the company has been making profits. For the 2017 financial year, the bank recorded a net profit of over K114 million.
Similarly, ZCCM-IH, which was listed in 2002 on the LuSE, began declaring dividends in 2014 to its shareholders. For the financial year 2017, ZCCM-IH paid out dividends amounting to K135 million, and out of this, Government through the IDC received a cheque of K81.4 million.
The listing of ZAFFICO, which has the capacity to raise its own resources and run profitably rather than depend on government grants, becomes very important especially when the Government is implementing austerity measures to improve its fiscal situation. Indeed, those parastatals that can successfully list on the stock market should do so, and lift the fiscal burden off the Government’s back.
Therefore, the move by ZAFFICO to list on LuSE is worthwhile and should be supported. This move will not only help ZAFFICO raise capitalisation funds more cheaply but will also help deepen the presently shallow securities and relieve pressure off the Treasury to keep recapitalising the firm.
The author is a researcher at the Zambia Institute for Policy Analysis and Research (ZIPAR).