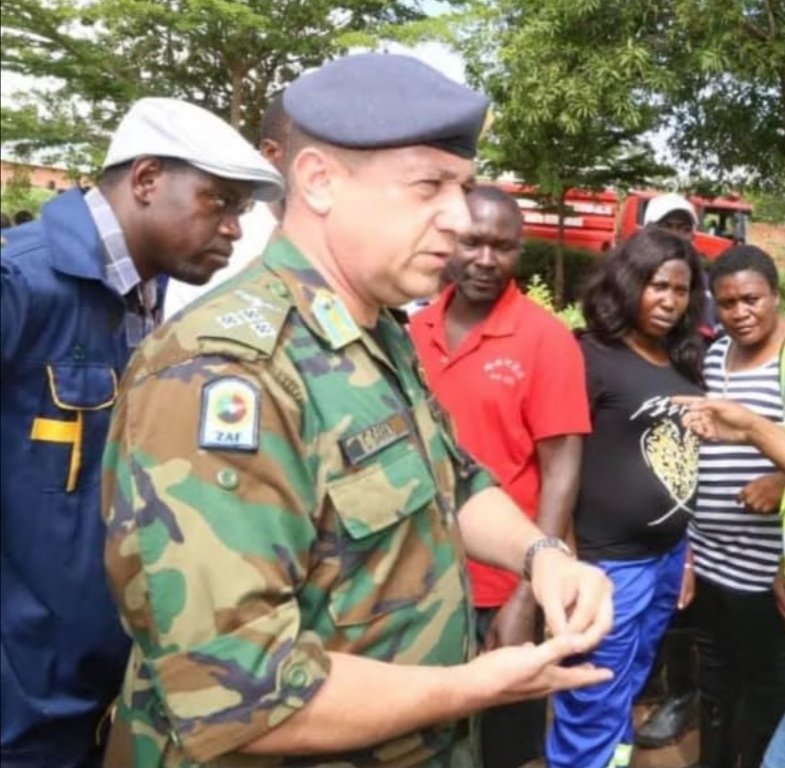 ELIZABETH CHATUVELA, Lusaka
AS A way of showing appreciation for the job well done, Zambia Air Force (ZAF) Commander Colin Barry on Saturday night gave Red Arrows players and technical bench K3,000 each for winning the MTN Super League and challenged them to keep the trophy for good because the sponsors stand for excellence. Lieutenant General Barry said ZAF believes in excellence and the team has attained its rightful position by conquering the Super League. Arrows garnered 70 points, seven better than second-placed Zesco United. Barry said the Super League medal he received is one of his most cherished accolades. “We are now champions and we should never even think of letting it go because this is our rightful position in the Zambian football space,” Barry said on Saturday night during Arrows’ awards and trophy presentation ceremony. “We also need to win the Absa Cup, which we narrowly lost, as well as perform better in the CAF Champions League and go as far as we can.” Arrows lost 1-0 to Napsa Stars in the Absa Cup final on April 30 at Nkoloma Stadium in Lusaka. During the ceremony, Barry joined players and officials in singing and dancing. Barry told the players to guard against complacency because they have the CAF Champions League to think of. “I wish to remind you not to become complacent because CLICK TO READ MORE