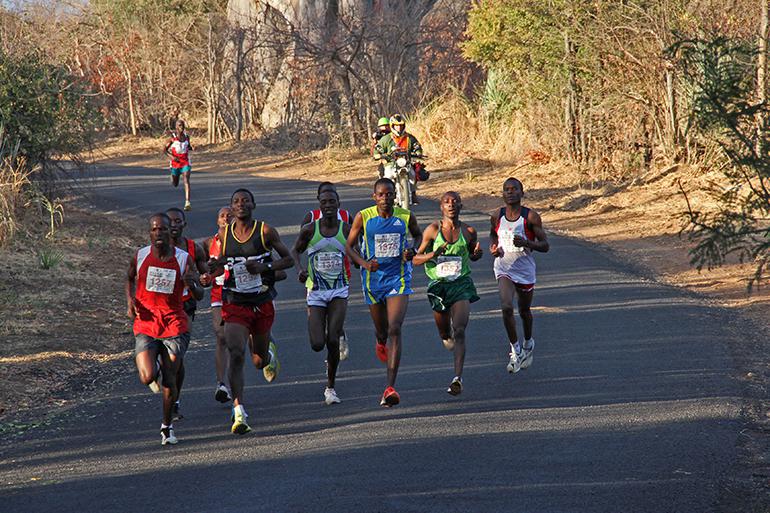 KABEMBA MWAPE
THIS article represents my personal views on what happened at the 2015 National Cross Country Championship held on January 31, 2015 at the University of Zambia (UNZA).
I am a former athlete and when I heard that there would be a cross-country event at UNZA, I thought I could support the young ones.
Alas! I could not believe what I saw. Firstly, the event started after 10:00 hours, and for a cross-country event that was very late.
Then we just saw a young girl from Ndeke Cheetahs sobbing. When we tried to find out, we were told that she had been â€˜houndedâ€™ off the starting line because apparently her coach supports one of the factions in wrangles that have rocked the Zambia Amateur Athletics Association (ZAAA).
I thought to myself â€œcome on, they canâ€™t be serious. You mean this event was only for one faction?â€
Next, a whole lot of male athletes were also removed from the starting line. Now, if they wanted this event to be for only athletes from clubs whose coaches supported a named faction, why hadnâ€™t they informed these athletes rather than let them travel from as far as Chingola only to be told they could not compete?
In my over 20 years of involvement with ZAAA as an athlete I have never witnessed such confusion.
I tried to intervene but was told that the organisers were getting instructions from somewhere, and we could only conclude who was giving those instructions.
I thought that was childish. How does the fact that a coach supports an opposing camp affect poor athletes?
The sobbing of that young girl really touched me. This 13-year-old girl had put in a lot of time and energy training and preparing for this event and travelling all the way from Kitwe only to be told that she could not take part.
She was punished on behalf of her coach.
I thought of the parents who allowed their daughter to travel such a long distance, and I can only imagine how disappointed they must have been finding out that she was not allowed to take part in the event.
It is my prayer and hope that this young girl will continue training and taking part in future athletic events.
Just when President Lungu has uplifted the role of women in the governance of the country by appointing the first ever female vice-president for the country, ZAAA is, without shame, preventing a young girl from excelling in athletics.
And this is an organisation that claims to have a programme called talent identification programme (TIP) yet it is not ready to embrace gifted young people.
The behaviour of the organisers was not only pathetic but also very childish, especially the one who was giving instructions over the phone not to allow athletics whose coaches allegedly belonged to the other faction to compete.
How do you stop athletes from competing because their club does not support you? And these are office-bearers who did not even bother to be present at the event and appreciate their athletes competing.
We should not bring cadre mentality into this noble sport that some of us have great passion for.
I have always said that for some time now ZAAA exists only for the Inter Company Relay, and has forgotten the reason for its presence. And what transpired on Saturday just proved me right.
Letâ€™s nurture the athletes and support them in their quest to bring glory to Zambia.
We donâ€™t want to lose greatly talented young athletes like that girl from Kitwe because of issues that can be sorted out amicably.
Internal leadership wrangles should not be extended to innocent athletes.
The author is a former athlete currently employed by the University of Zambia in the School of Veterinary Medicine.