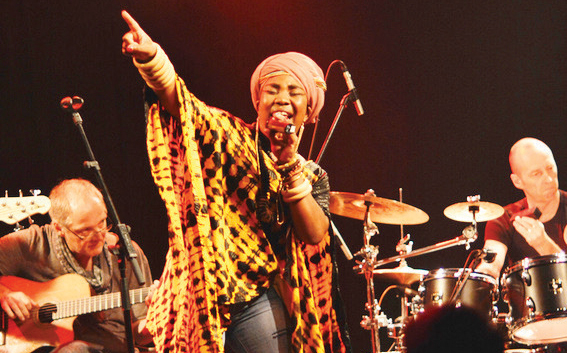 ZIO MWALE, Lusaka
GERMANY-BASED Afro Pop singer Yvonne Mwale will today grace the Zambian Women in Music Festival at Mika Convention Centre.
The annual festival, which is running for the first time, has been organised by Shakarongo Music in partnership with Onion and Greens.
Yvonne, who recently won the second runner-up in the World Citizen Award in Kingston, Jamaica, will be performing live with her band.
Known for songs like Familia Yangu, Chinseya Nseya and Vilimba, Yvonne will share the stage with artistes Wezi, Theresa Ng’ambi, Ruth Ronnie, The Mwale Sisters, Natasha, Nyemba, Hazel Eyes and Brisky.
Other expected performers are Lady T of the Burning Youth Band, Emily, Mama Mary Nyongo, Olivia, Leah and Stacy of the No Parking Band.
The event’s promoter, Brian Chengala Shakarongo, told the Weekend Mail that local artistes are prepared for their big music event, which will have a special performance from Yvonne, who last performed in Zambia four years ago.
“Yvonne is our very own Zambian musician and I think inviting her for this festival is a good gesture because we want to promote our local women in music,” Shakarongo said.
Via a telephone interview, Yvonne said she is excited to be back home after a long time and especially to take part at the Zambian Women in Music Festival.
“I’m happy to support this initiative by Shakarongo Music. We desperately need a platform for female musicians, especially those girls who have just joined the music industry. I feel that I have a duty to support them,” she said.
Aside from music, Yvonne is engaged in humanitarian work under AMREF’s ‘Stop the Cut’ against Female Genital Mutilation (FGM).
The festival will feature supporting male acts like Milz the Teacher, backed by Uhuru Vibes, and sensational guitarist and band Sir Jones and Friends.
The festival is designed to provide female musicians with a special platform and Shakarongo is appealing to all Zambians, especially music fans, to come in numbers to support the female musicians.