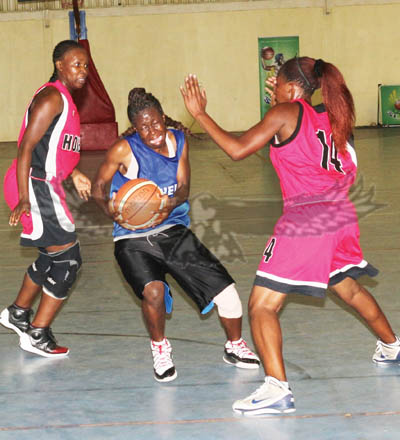 Hoops! MWEMBE KAONA
SHORTLY after competing in the Zone Six nations Under-16 Championships in Botswana, some female players earned themselves places in the senior league away from the Youth Basketball League (YBL) where most of them were plying their trade.
There has been concern by some sectors that feel the players have been rushed and thrown into the deep end of the pool before they are ripe for the big league games and this bred a lengthy discussion on social media.
At a special technical meeting of the Zambia Basketball Association, the matter was discussed and though not conclusively one could pick that the issue was going to boil at some point.
The argument put across is that at the age of 16, a player is still developing and learning fundamentals which are taught at YBL level whereas going straight to the main clubs after being exposed in Botswana would be skipping a step and prove detrimental in the medium or long term.
Quick to respond to the motion was Cuthbert Tembo, head coach for UNZA Basketball Club, who argued that the feminine league has room to help players grow.
But Norway-based Ingeborg Borgen Takle, who once played in the ZBA feminine league for Shells and has been a keen material supporter of the YBL, has contrary views to Cuthbert.
Takle contended that pushing the girls to the feminine Super A would possibly result in two things one being that the girls would find the pressure and expectations too high and consequently lose interest while the YBL girls â€“ league would suffer from the loss of their best players and lose its competitive edge.
Various views were expressed concerning the subject and one player obviously affected was Justina Solochi who has vowed to prove her worth despite being considered too young for the senior league.
It is a subject that is hard to speak for or against because each position has its merits and demerits especially that in our local situation we do not have a competitive womenâ€™s league which I think would give young players stage fright but at the same time I think they ought to be allowed time to ripen .
Some may also be physically disadvantaged with the risk of serious injuries being high. Imagine a 15-year-old clashing with a full grown 25-year-old?
There are exceptional young players who despite their age can ably compete against seniors but the numbers are few and where such talent pops up I think caution must be applied against throwing such a kid into the â€˜ring.â€™
As a teenager, there is no need to hurry, time is very much on her side therefore step by step would be the best way to get to the top.
Going back to the subject of club hosting league matches, I received an electronic mail from one player I last saw almost 15 years ago and that is Mubanga Chisanga who played for disbanded Kitwe side Premium Baskets in the late 90â€™s.
He wrote:â€™ Good morning Mr Mwembe,
Your article in todayâ€™s edition of the Daily Mail is spot on, I remember during my playing days at Premium Baskets in Kitwe, we used to host games in the Nkana Gymnasium. This has died a natural death because some companies which took over the mines (Mopani) had no interest in the sport hence such facilities were sold or donated out. Thanks sir for reminding us of where we are coming from. Mubanga Chisanga (Former Premium Baskets guard)
Good to hear from you Mubanga!
Have a blessed week! mdkaona@gmail.com.