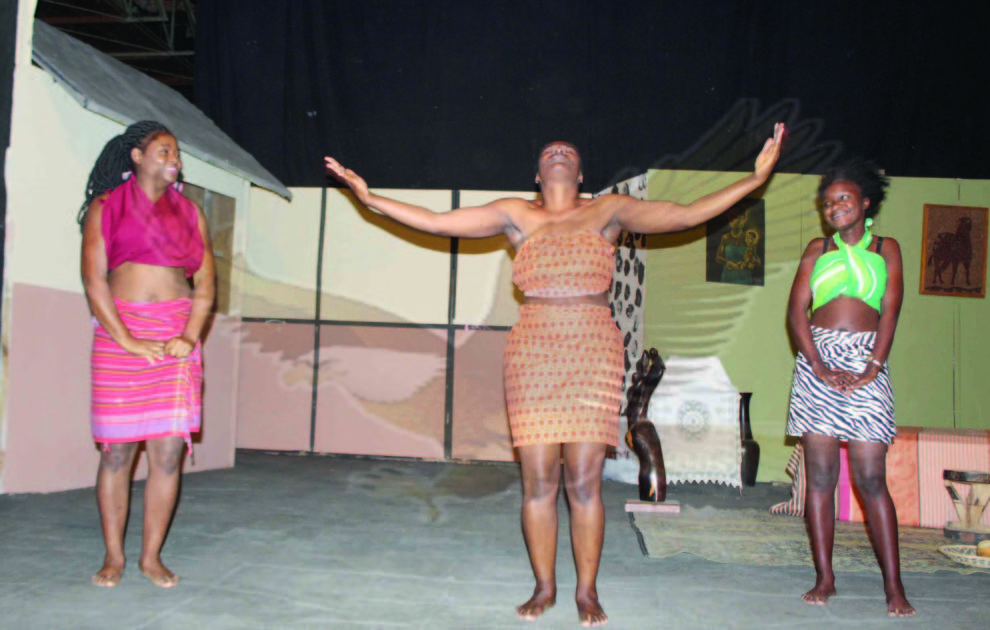 KELVIN KACHINGWE, Lusaka
YEZI-ARTS, who last month announced their comeback to stage with the premiere of Wole Soyinka’s The Lion and the Jewel at the Lusaka Playhouse, have confirmed three more productions for the month of September.
The productions, all set for the Lusaka Playhouse, are A’Chikunda on September 5 and 6; No Voice, No Choice from September 19 to 21; and another Soyinka play Kongi’s Harvest from September 25 to 28
On A’Chikunda, Yezi-Arts is collaborating with Luangwa Royal Establishment while No Voice, No Choice is in association with Edzai Isu of Zimbabwe.
“The plays are to rekindle that theatrical interest. The diverse, authentic productions are simply rich in content, engaging, providing for a lot of learning and transformation,” Abdon Yezi of Yezi-Arts said. http://epaper.daily-mail.co.zm/

5,000 fans turn up at The Arena
Something cooking in Lagos